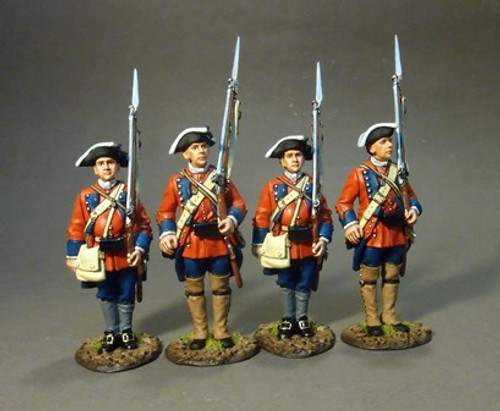 During the eighteenth century militia service was increasingly seen as a prerogative of the social and economic well-established, while provincial troops came to be recruited from different and less deep-rooted members of the community. Legislation often excluded several categories of men from the militia that the colonial governments were perfectly willing to enlist as provincial troops, such as settled Indians, free persons of color, servants, and vagrants. The provincial troops were recruited from the elements of the population that were easiest to do without; young men without property, with no stake in the society. In order to fill the quotas assigned to them by the imperial government, the several colonies used bounties as carrots, and draft as a stick. Offering money induced propertyless men to enlist, while the draft often was directed at the elements of society that the colonial governments saw as problematic, such as vagrants or disorderly young men. Drafted men could hire substitutes, and they were most often belonging to the least well-established groups. Those who were recruited to the provincial troops in Connecticut and Virginia were men that had been outside the organized militia and hence lacking the social status suggested by militia membership. In Massachusetts, however, the provincial soldiers came from segments of the population more reflective of the society at large, although research done only covers the first year of the French and Indian War and it's possible that the social composition changed over time.