This day in history, FDR was Inaugurated as President of the United States. FDR was the 32nd U.S. President, and he served from March 4, 1933 to April 12, 1945. According to History.com, “On March 4, 1933, at the height of the Great Depression, Franklin Delano Roosevelt is inaugurated as the 32nd president of the United States. In his famous inaugural address, delivered outside the east wing of the U.S. Capitol, Roosevelt outlined his “New Deal”–an expansion of the federal government as an instrument of employment opportunity and welfare–and told Americans that “the only thing we have to fear is fear itself.” Although it was a rainy day in Washington, and gusts of rain blew over Roosevelt as he spoke, he delivered a speech that radiated optimism and competence, and a broad majority of Americans united behind their new president and his radical economic proposals to lead the nation out of the Great Depression.

Born into an upper-class family in Hyde Park, New York, in 1882, Roosevelt was the fifth cousin of Theodore Roosevelt, who served as the 26th U.S. president from 1901 to 1909. In 1905, Franklin Roosevelt, who was at the time a student at Columbia University Law School, married Anna Eleanor Roosevelt, the niece of Theodore Roosevelt. After three years as a lawyer, he decided to follow his cousin Theodore’s lead and sought public office, winning election to the New York State Senate in 1910 as a Democrat. He soon won a reputation as a charismatic politician dedicated to social and economic reform.

Roosevelt supported the progressive New Jersey governor Woodrow Wilson in his bid for the Democratic presidential nomination, and after Wilson’s election in 1912 Roosevelt was appointed assistant secretary of the U.S. Navy, a post that Theodore Roosevelt once held. In 1920, Roosevelt, who had proved himself a gifted administrator, won the Democratic nomination for vice president on a ticket with James Cox. The Democrats lost in a landslide to Republicans Warren Harding and Calvin Coolidge, and Roosevelt returned to his law practice and undertook several business ventures.

In 1921, he was stricken with poliomyelitis, the virus that causes the crippling disease of polio. He spent several years recovering from what was at first nearly total paralysis, and his wife, Eleanor, kept his name alive in Democratic circles. He never fully recovered and was forced to use braces or a wheelchair to move around for the rest of his life.

In 1924, Roosevelt returned to politics when he nominated New York Governor Alfred E. Smith for the presidency with a rousing speech at the Democratic National Convention. In 1928, he again nominated Smith, and the outgoing New York governor urged Roosevelt to run for his gubernatorial seat. Roosevelt campaigned across the state by automobile and was elected even as the state voted for Republican Herbert Hoover in the presidential election.

As governor, Roosevelt worked for tax relief for farmers and in 1930 won a resounding electoral victory just as the economic recession brought on by the October 1929 stock market crash was turning into a major depression. During his second term, Governor Roosevelt mobilized the state government to play an active role in providing relief and spurring economic recovery. His aggressive approach to the economic crisis, coupled with his obvious political abilities, gave him the Democratic presidential nomination in 1932.

Roosevelt had no trouble defeating President Herbert Hoover, who many blamed for the Depression, and the governor carried all but six states. During the next four months, the economy continued to decline, and when Roosevelt took office on March 4, 1933, most banks were closed, farms were suffering, 13 million workers were unemployed, and industrial production stood at just over half its 1929 level.

Aided by a Democratic Congress, Roosevelt took prompt, decisive action, and most of his New Deal proposals, such as the Agricultural Adjustment Act, National Industrial Recovery Act, and creation of the Public Works Administration and Tennessee Valley Authority, were approved within his first 100 days in office. Although criticized by many in the business community, Roosevelt’s progressive legislation improved America’s economic climate, and in 1936 he easily won reelection.

During his second term, he became increasingly concerned with German and Japanese aggression and so began a long campaign to awaken America from its isolationist slumber. In 1940, with World War II raging in Europe and the Pacific, Roosevelt agreed to run for an unprecedented third term. Reelected by Americans who valued his strong leadership, he proved a highly effective commander in chief after the December 1941 U.S. entrance into the war. Under Roosevelt’s guidance, America became, in his own words, the “great arsenal of democracy” and succeeded in shifting the balance of power in World War II firmly in the Allies’ favor. In 1944, with the war not yet won, he was reelected to a fourth term.

Three months after his inauguration, while resting at his retreat at Warm Springs, Georgia, Roosevelt died of a massive cerebral hemorrhage at the age of 63. Following a solemn parade of his coffin through the streets of the nation’s capital, his body was buried in a family plot in Hyde Park. Millions of Americans mourned the death of the man who led the United States through two of the greatest crises of the 20th century: the Great Depression and World War II. Roosevelt’s unparalleled 13 years as president led to the passing of the 22nd Amendment to the U.S. Constitution, which limited future presidents to a maximum of two consecutive elected terms in office” (History.com).

Trains and Toy Soldiers has many scale models and figurines from FDR’s era. For example, check out some of our World War II figures below: 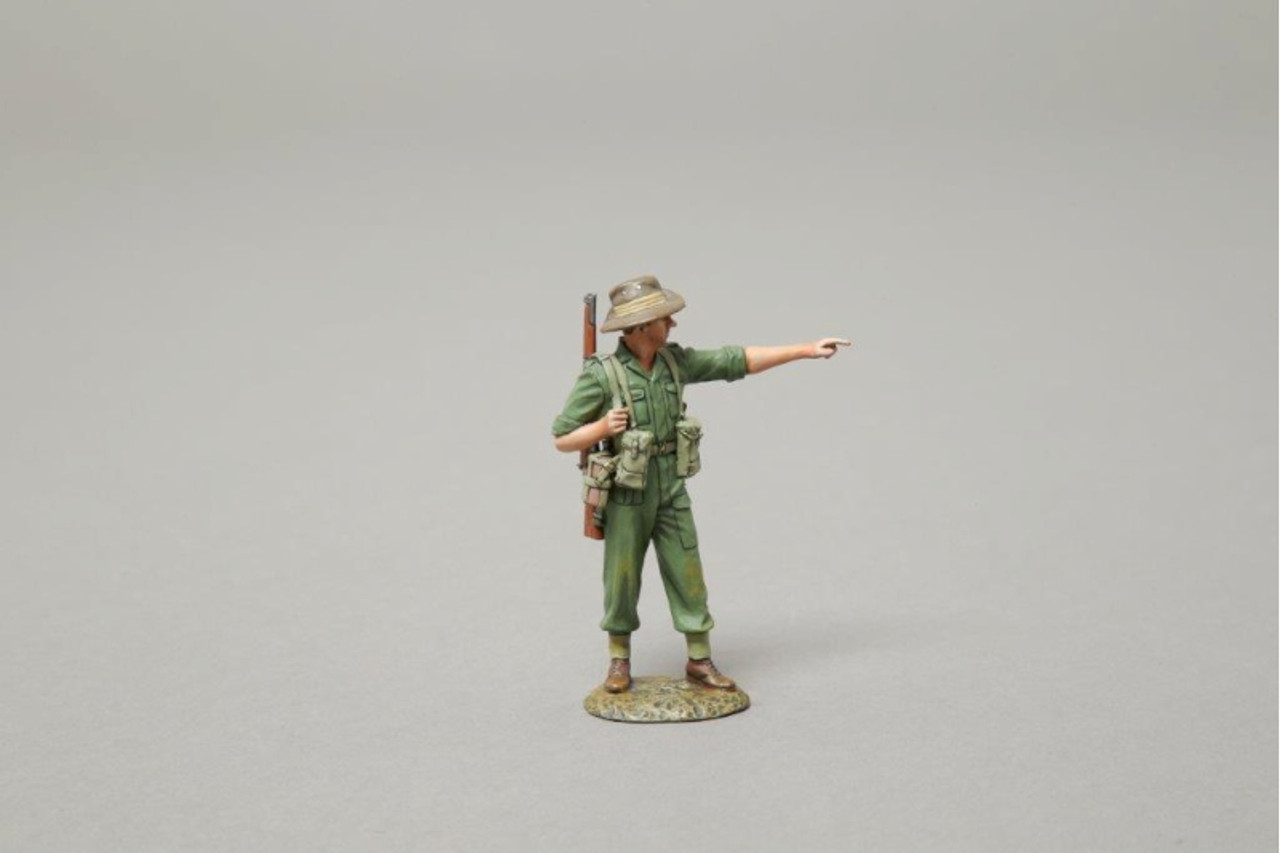 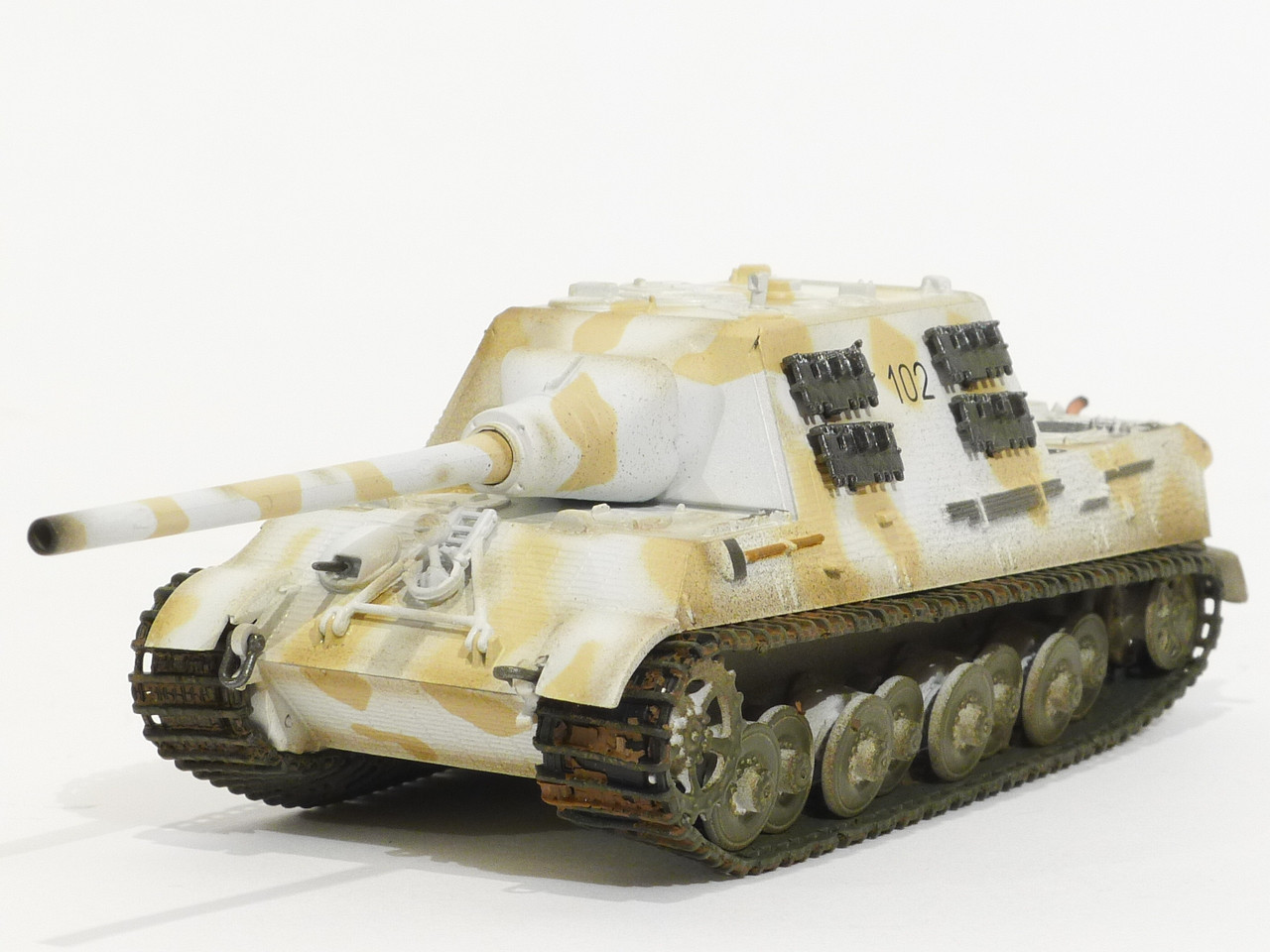 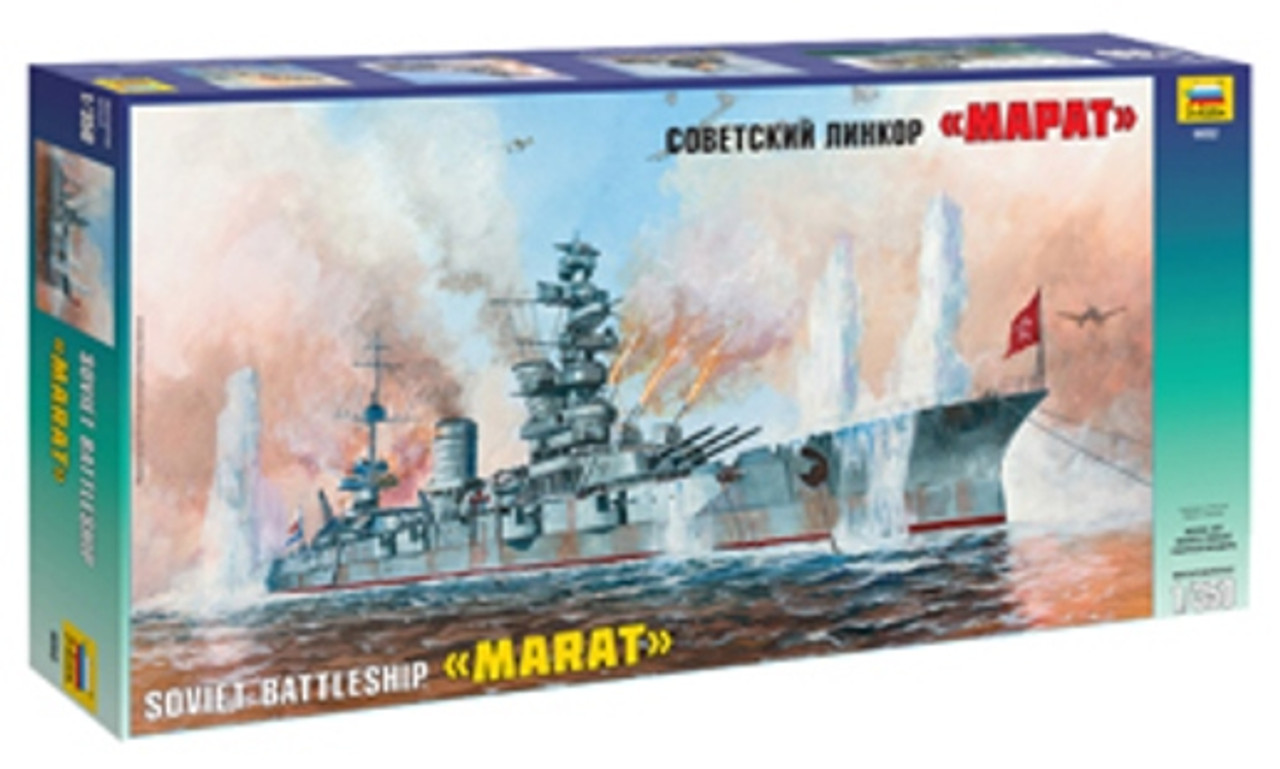 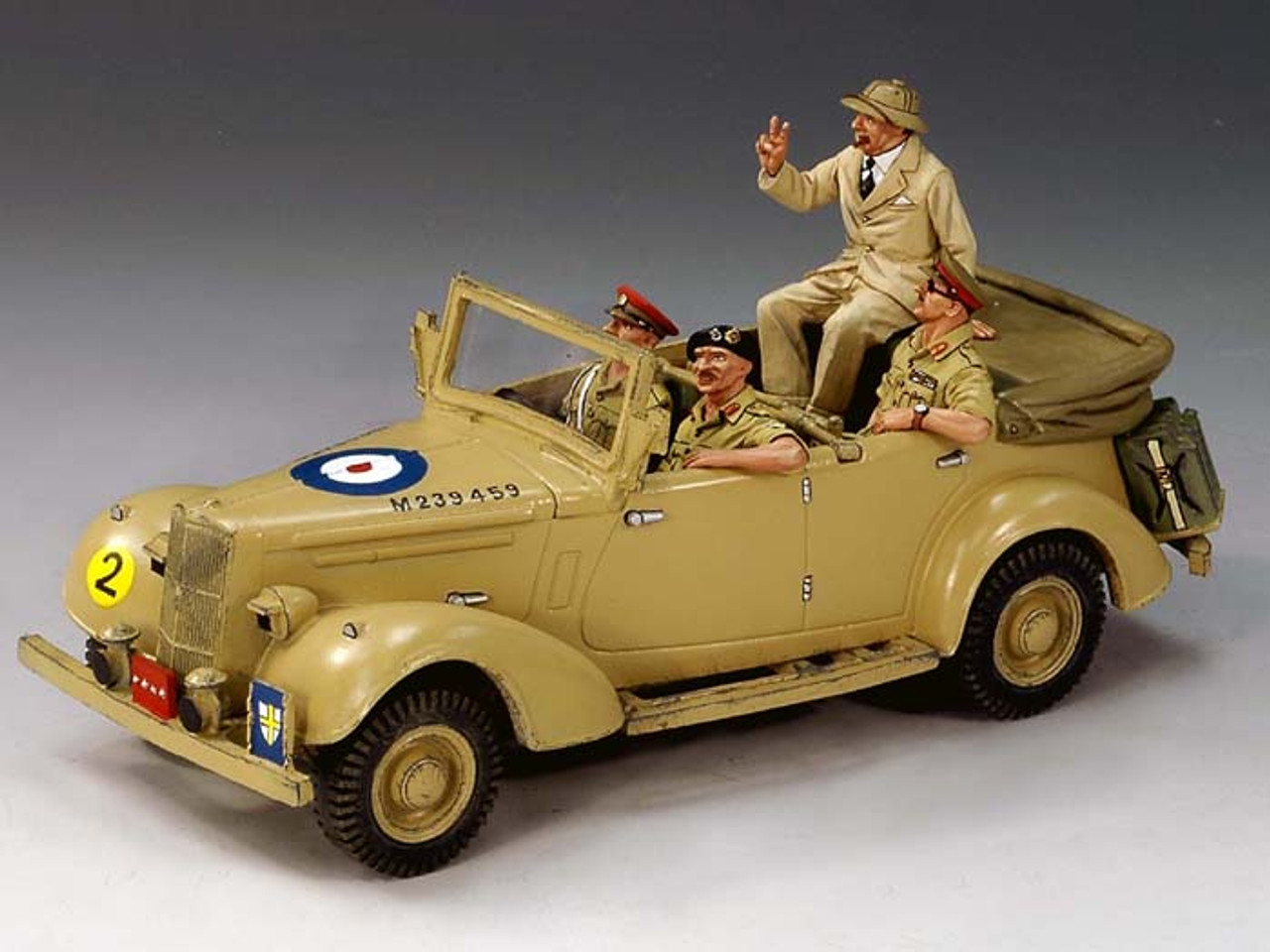 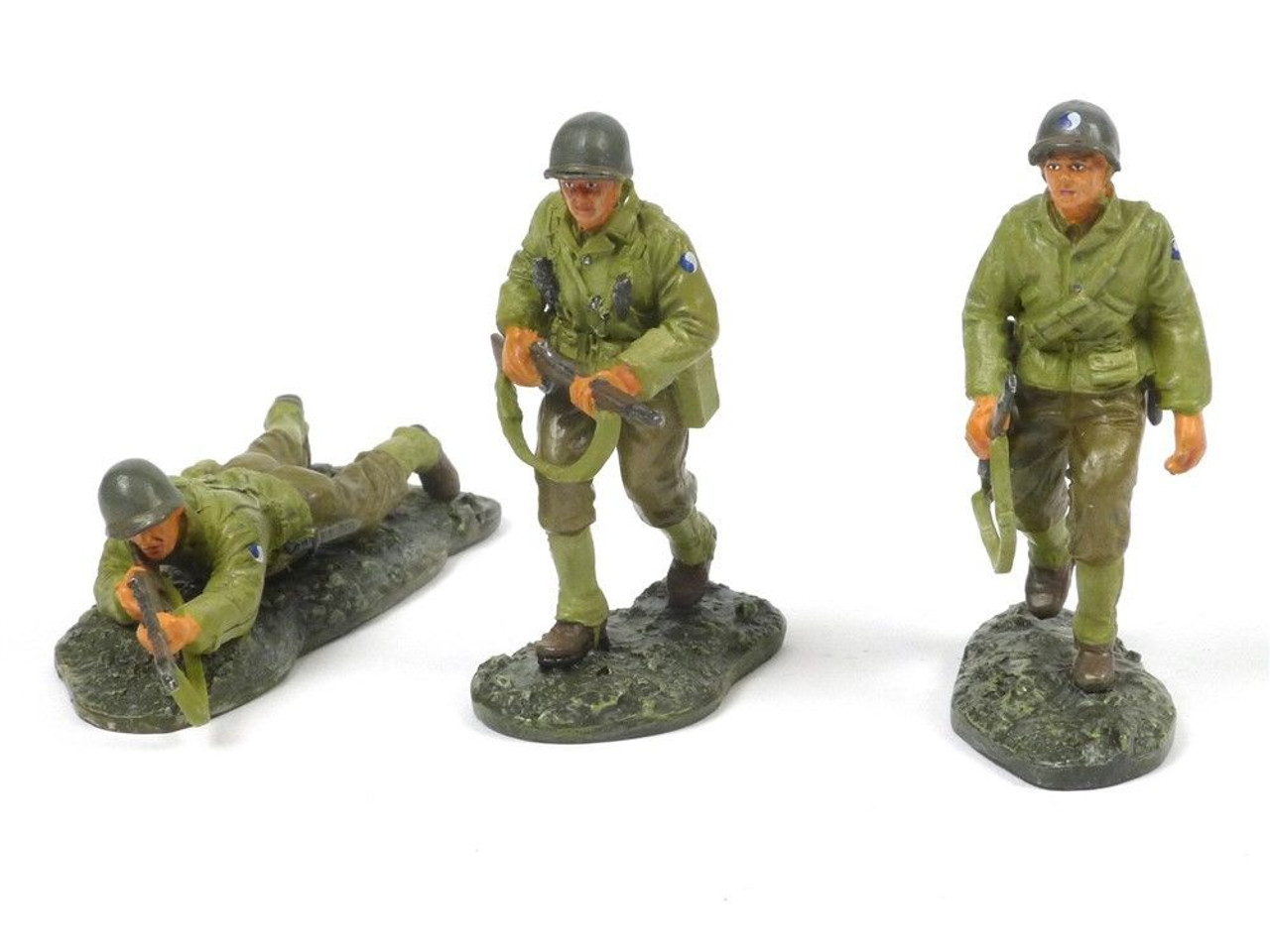 For all your historical train and toys soldier needs, we’ve got your back! Don’t see something you’re looking for? Give us a call and we’ll do our best to get it in stock for you.