War along the Nile... As soon as you type these four words into a search engine, the name, WBritain comes up. Famed far and wide for authentic and exquisite toy soldiers, figures and accessories that preserve the romance and adventure of a time when great battles raged and heroes were made, WBritain certainly stands tall and proud. 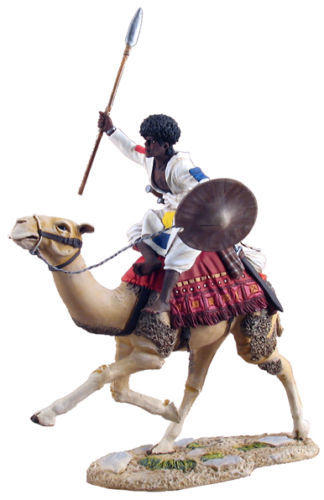 But what is the mystery and intrigue behind the mysterious battle that has inspired such figures as Hadendoa and a charging Mahdist mounted on a camel?

Before the battle began, Gordon and the Mahdi corresponded with each other, with both leaders trying to convert the other to his faith. Such did not occur, and for almost a year, Gordon and his militia defended the city.

Gordon's disregard for his orders from London resulted in his death and the death of his entire militia. However, the combination of his heroic end at the hands of his very brutal enemies who decapitated him as was discovered later, the British people held him in the highest esteem.

Several years later in the 1890’s, a combined force of some 25,000 British, Sudanese, and Egyptian soldiers marched south from the Nile delta. As they reached the lower Nile, they were attacked by a Mahdist force of more than 50,000 men.

This epic battle began on September 2, 1898, in the Battle of Omdurman. In spite of the superior numbers of the Mahdist force, the strict and superior military discipline and firepower of the British Army overwhelmed and soundly defeated the Mahdist forces. 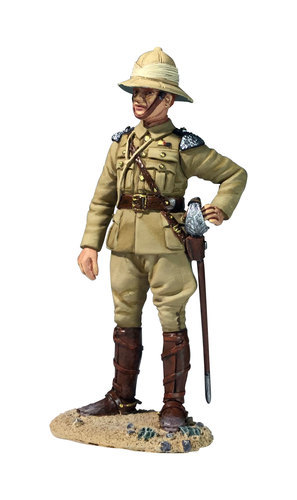 This British military campaign holds an important place in the historical record due to several soldiers who fought in that battle who would go on to be key players in major future events.

The British commander in the Battel of Omdurman, Herbert Kitchener, later became the Secretary of War for Great Britain at the outset of the First World War.

Douglas Haig, who commanded a squadron of cavalry in the Battle of Omdurman, later commanded the British Expeditionary Force during the First World War.

And yet another Cavalry officer that day was none other than Winston Churchill, who would go on to become one of the most influential people in British History and to be named the Greatest Briton of All Time in 2002. Sir Winston Churchill, knighted in 1953, was a prolific, Nobel Prize-winning author, who in fact, wrote a book recounting his days in this war along the Nile, called, The River War.

WBritain, with their long-standing tradition of excellence and exquisite detail brings to life the heart-pounding excitement and romance of the War along the Nile in beautiful three-dimensional detail. Collectors who love history and WBritain's marvellously authentic figures will definitely enjoy recreating some of the epic battles of those bygone days.