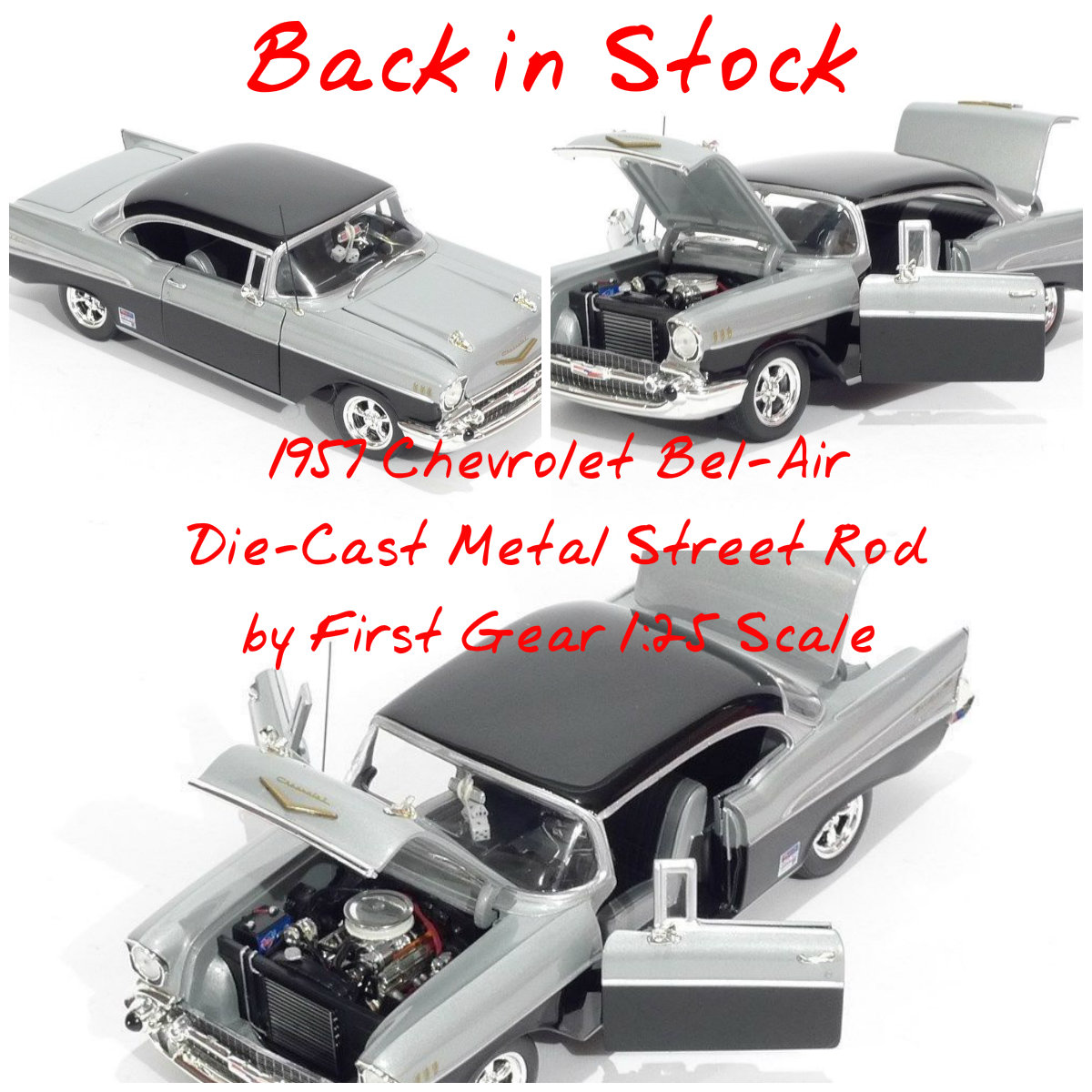 There is probably no car that is more sought after then the 57 Chevy. Everyone either had one or wanted one. It was perhaps the best looking and most well-known Chevy ever built. The 57, was called by some a “Baby Cadillac” because of the high rear fins. The car was designed by the Automotive Hall of Fame inductee Ed Cole. General Motors executives wanted an entirely new car for 1957. The base engine was an inline 6-cylinder called the Blue Flame Six. The engine was smoother running than the V-8. Carburetion came from a single one-barrel carburetor. The 57 had many new and improved options. Which included the relocation of air ducts to the headlight pods, which resulted in the distinctive chrome headlight.

The 57 also added some new safety features. Crash proof door locks, padded dash boards, safety-styled steering wheel with a recessed hub, seat belts and shoulder harnesses. The 57 Ford outsold the 57 Chevy, possibly because the car had so many changed that it scared away initial buyers However, the 57 Ford is not as desirable today as the 57 Chevy.

Even though the space for the engine was big enough for the Big Block 409 of the Beach Boys fame. What put the 57 out in front was low-priced small block, 365 horsepower 327, in 1962 that was the blockbuster that made both the '55 and '57 Chevrolet able to beat the Ford hotrods with their flathead V8s. This was a major turning point in American hot rodding: Chevrolet had claimed the street scene from Ford. The '57 Chevrolet also won 49 Grand National "cup" NASCAR races (the most of any car in NASCAR history), won the Southern 500 (in 1957, 1958, and 1959); becoming the only car to win the Southern 500 three times. The earliest victory for a '57 Chevrolet in a titled NASCAR Grand National Series race was the 1957 Virginia 500.

Because of the radiator and the double line trunk, it was harder to knock out of the race and the 57 became a top winner in demolition derbies in the 60's and 70's.

In 1983 the 57 Chevy became the star of the Horror film Christine.

Truly the 57 Chevy is the Classic car for all time. Over 1.5 million Chevy’s were built initially, so it still possible for you to find on to restore. Unfortunately, you will have to spend thousands of dollars and find room in your garage. Or you could do what I do, which is admire the style and grace 57 Chevy in miniature with a First Gear 1957 Chevrolet Bel-Air Die-Cast Metal Street Rod. The Bel-Air was the luxury version of the 57 Chevy and is still one most iconic American cars ever produced.