Clash of Empires refers to a full range of military figures created by WBritain, famed around the world for the stunning detail of their miniatures. This particular range covers the historic and world changing era of the 1750s to the 1790s, when much of the known world was at war.

During that time, the romanticism, heroism and spirit of adventure was unprecedented. Colonial America was being shaped, out of which would one day emerge the boundaries and political realities of America today.

It was during this time that a young officer from the British Colony of Virginia made his first mark on history. On May 28th, 1754, twenty-two-year old Lieutenant Colonel George Washington, accompanied by a company of colonial militia and a small band of Mingo warriors under the command of Tanacharison (the “Half King”), attacked a force of 35 French soldiers under the command of Joseph Coulon de Jumonville.

There is still considerable debate over the exact purpose of de Jumonville's expedition to the area, with accusations from all sides, including Tanacharison and the Iroquois Confederacy he represented. The facts of de Jumonville's death are also uncertain, with claims ranging from his death during the first volley of the short battle, to death at the hands of Tanacharison by a tomahawk blow to his head after his capture, to the lamentable claim that Washington assassinated him after he was taken prisoner.

This relatively unknown skirmish, called the Battle of Jumonville Glen, or the Jumonville affair, was the opening salvo of the French and Indian War. Although history tells us the battle lasted for no more than 15 minutes, it's also considered one of the sparks that eventually lit the Seven Years' War in 1756. 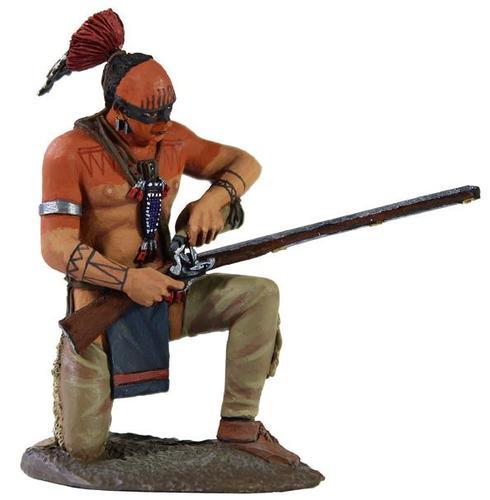 This war, though often mistakenly thought of as a war between France and Britain in Europe, was very nearly global in scope. All the great powers of Europe in that period were involved both by land and by sea. It was fought in Europe, the Americas, Africa, India and the Philippines in Asia. In fact, it included not only the great colonial expansionists of the day, but also the people who lived on the continents where the battles were fought, including the great confederations of American Indians of the day.

Small skirmishes and enormous battles were fought both on land and sea, in the forests and prairies of North America, Asia, Africa and India, as well as on the plains and in the muddy trenches of Europe. Truly this was the first world war, long before the Red Baron and his challengers soared over the same muddy trenches of Europe in the official First World War.

WBritain has successfully brought to life in stunning detail and color the many players in this epic struggle for control of the world's people and resources in the Clash of Empires collection. So beautifully have they captured even the finest details, color and intensity of the figure that when I look at a photo of two of the Native American figures from the collection in a diorama, it's impossible to tell it's not an actual photo from those days!