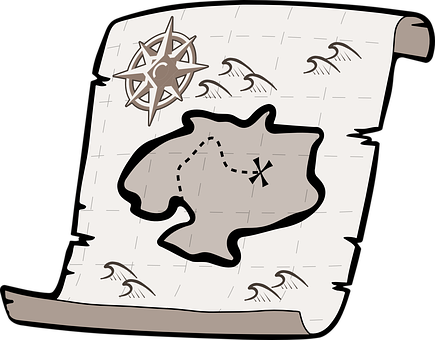 As mentioned in a previous article, there are a lot of copies, also called clones, on the market. Toy soldiers and trainsare two of the items counterfeiters are mass marketing.

Tips on spotting fakes were shared in the article, Authenticating Trains and Toy Soldiers. If you

want to be sure the collectibles you spend your money on are genuine, become an expert. Never be

afraid to call an expert in if you are looking at a rare and expensive item. It could be a fake.

Remember, if it's too good to be true, it probably is. A good example is Rolex clones. If you can

With these things in mind, there is surprising value in copies. What we're talking about here is not

clones or fakes masquerading as the real thing, but faithful replicas and even modern duplicates

made from the original dies. In other words, new versions of old stuff.

Again, be careful about fakes.

Sometimes. Fakes are not collectible copies. Let's get that one out of the way immediately. In fact,

just owning a fake that you have bought by mistake can be illegal. While it's extremely unlikely

that you would ever be charged, the item could be seized without compensation by authorities.

However, there are companies that sometimes reissue an item, may years after it was originally

produced. They are made with the same tooling, including the dies or molds, as the originals. It

might be impossible to tell the difference between the original and the reissue. This is one reason

why I tell people to keep the package when buying a train or toy soldier. It might one day be the

only proof you can offer that you have an original run of the product.

easier to notice the differences. Companies that realize and understand how important collecting is

to their customers quite often will do something to distinguish between the original and the reissue,

Recasts and restrikes are virtually the same as reissues, with the only real difference often being the

ownership of the company.

no longer in business. The new company may have bought everything in a bankruptcy sale, or they

While these recasts, as they are called, are basically identical to the original, they are not made by

the original company. They can sometimes be a real challenge to spot. Some companies will add

their own trademark, while others will not. Check for different materials from the originals, such as

more modern plastics and paint. A reputable company will label them as recasts, while the

disreputable ones will not. It's important to know your collectible enough to spot the subtle

Some companies make reproductions of the originals on new tooling. Again, the reputable

company makes it clear that it is a copy, not an original. The item, a train, a toy soldier, a type of

doll, etc., is often made as a commemorative item. Furthermore, they are often easy for collectors

to spot, as they use new manufacturing methods, technologies, tools, materials and finishing

They will often put some kind of mark on the underside or elsewhere that is easy to find, so that

the value of the original.

Remember that there are con men who will try to sell such reproductions as originals. Learn all

about the original, and you won't be fooled by a copy. Copies, even by counterfeiters, rarely score

All of these items, when manufactured and marketed honestly and openly, are themselves

collectible. In some rare cases, such a copy has actually become more valuable than the original.

original, while looking as great as the original. Furthermore, they can become very desirable as

collectibles in the future.

Beware of counterfeits, the outright fakes that disreputable sellers try to pass off as originals. Be

easiest to mass produce. Collectibles that are popular to fake because of the relatively low cost of

production of large runs are money (of course), stamps, coins, toy soldiers, trains, and of course,

Collecting copies can be fun and less expensive than collecting vintage originals, but again, be

careful. The best way to arm yourself is to educate yourself so that you know the original, 100%.

That way you will know exactly what you're buying, and can rest easy, knowing the collectibles you

have purchased are giving you your money's worth.