The Delhi Durbar was an Indian imperial style mass assembly organized by the British at Coronation Park, Delhi, India, to mark the succession of an Emperor or Empress of India. Also known as the Imperial Durbar, it was held three times (in 1877, 1903, and 1911) at the height of the British Empire. The last Durbar was held on December 12, 1911, to mark the coronation of King George V, and cost over £1 million.

Called the "Proclamation Durbar", the Durbar of 1877 was held beginning on January 1, 1877 to proclaim Queen Victoria as Empress of India by the British. The 1877 Durbar was largely an official event and not a popular occasion with mass participation like the later durbars in 1903 and 1911. It was attended by the 1st Earl of Lytton—Viceroy of India, maharajas, nawabs and intellectuals. This was the culmination of transfer of control of British India from the East India Company to the Crown. 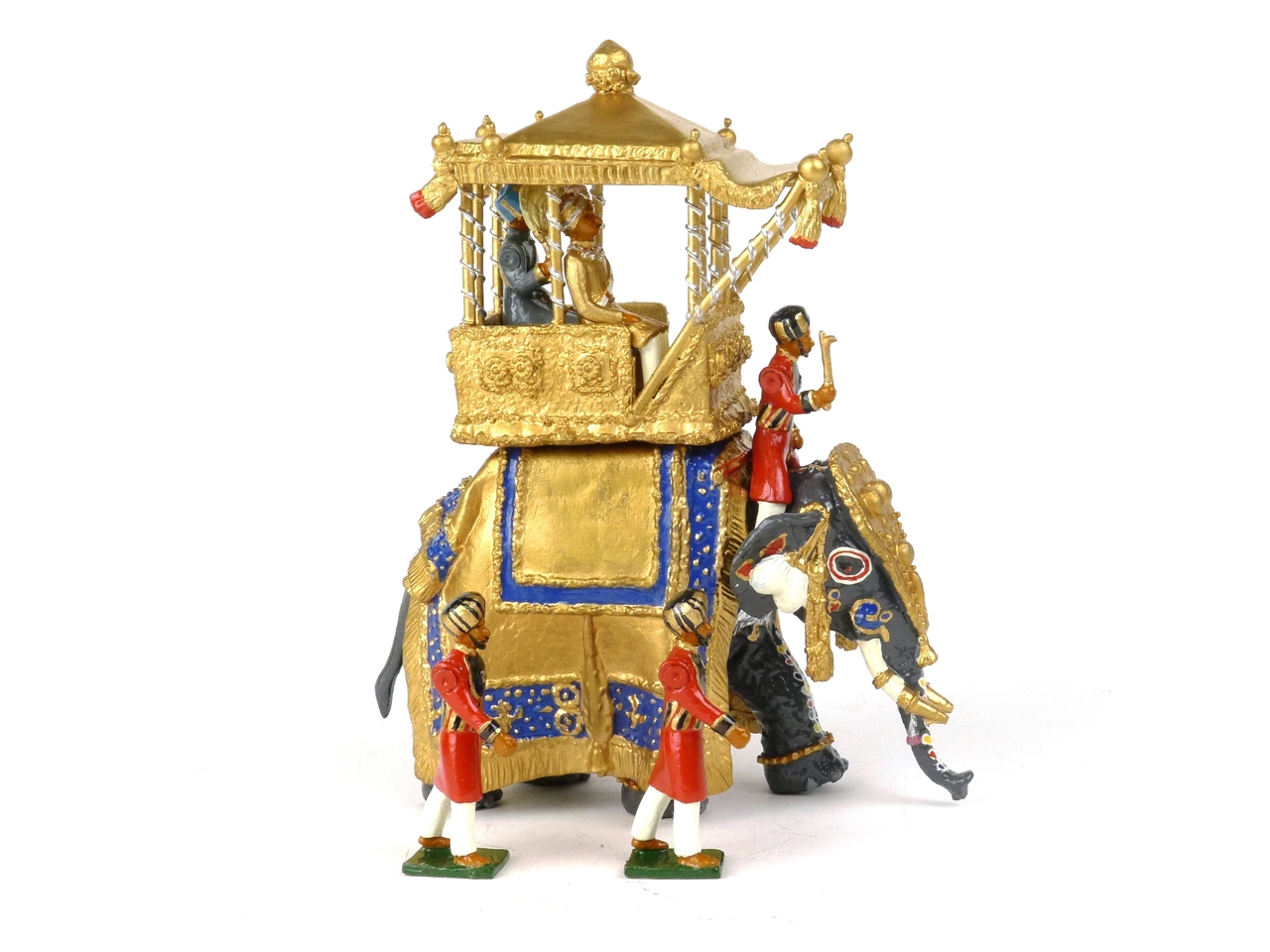 Inside the Victoria Memorial in Calcutta is an inscription taken from the Message of Queen Victoria presented at the 1877 Durbar to the people of India:

We trust that the present occasion / may tend to unite in bonds of close / affection ourselves and our subjects; / that from the highest to the humblest, / all may feel that under our rule the / great principles of liberty, equity, / and justice are secured to them; and / to promote their happiness, to add to / their prosperity, and advance their / welfare, are the ever present aims and / objects of our Empire.

It was at this glittering durbar that Ganesh Vasudeo Joshi, wearing "homespun spotless white khadi" rose to read a citation on behalf of the grass roots native political organization, the Poona Sarvajanik Sabha, which organization presaged the later rise of the Indian National Congress. Joshi's speech put forth a demand couched in very polite language: “Her Majesty to grant to India the same political and social status as is enjoyed by her British subjects.”

With this demand, it can be said that the campaign for a free India was formally launched, which was the beginning of a great transformation for India.

The durbar would later be seen as controversial because it directed funds away from the Great Famine of 1876–78. 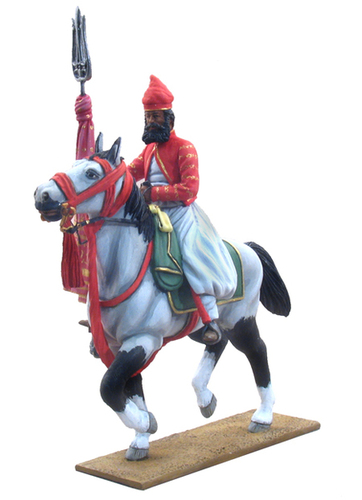 The durbar was held to celebrate the succession of Edward VII and Alexandra of Denmark as Emperor and Empress of India. The two full weeks of festivities were devised in meticulous detail by Lord Curzon, Viceroy of India. It was a dazzling display of pomp, power and split second timing. Neither the earlier Delhi Durbar of 1877, nor the later Durbar held there in 1911, could match the pageantry of Lord Curzon’s 1903 festivities. In a few short months at the end of 1902, a deserted plain was transformed into an elaborate tented city, complete with temporary light railway to bring crowds of spectators out from Delhi, a post office with its own stamp, telephone and telegraphic facilities, a variety of stores, a Police force with specially designed uniform, hospital, magistrate’s court and complex sanitation, drainage and electric light installations. Souvenir guide books were sold and maps of the camping ground distributed. Marketing opportunities were craftily exploited. A special Delhi Durbar Medal was struck, firework displays, exhibitions and glamorous dances held.

Edward VII, to Curzon’s disappointment, did not attend but sent his brother, the Duke of Connaught, who arrived with a mass of dignitaries by train from Bombay just as Curzon and his government came in the other direction from Calcutta. The assembly awaiting them displayed possibly the greatest collection of jewels to be seen in one place. Each of the Indian princes was adorned with the most spectacular of his gems from the collections of centuries. Maharajahs came with great retinues from all over India, many of them meeting for the first time while the massed ranks of the Indian armies, under their Commander-in-Chief Lord Kitchener, paraded, played their bands and restrained the crowds of common people.

On the first day, the Curzons entered the area of festivities, together with the maharajahs, riding on elephants, some with huge gold candelabras stuck on their tusks. The durbar ceremony itself fell on New Year's Day and was followed by days of polo and other sports, dinners, balls, military reviews, bands, and exhibitions. The world’s press dispatched their best journalists, artists and photographers to cover proceedings. The popularity of movie footage of the event, shown in makeshift cinemas throughout India, is often credited with having launched the country’s early film industry.

The India Post issued a set of two commemorative souvenir sheets with special cancellation struck on January 1, 1903 – 12 noon, a much sought after item for the stamp collectors today.

The event culminated in a grand coronation ball attended only by the highest ranking guests, reigned over by Lord Curzon and Lady Curzon in her jewels and peacock gown. 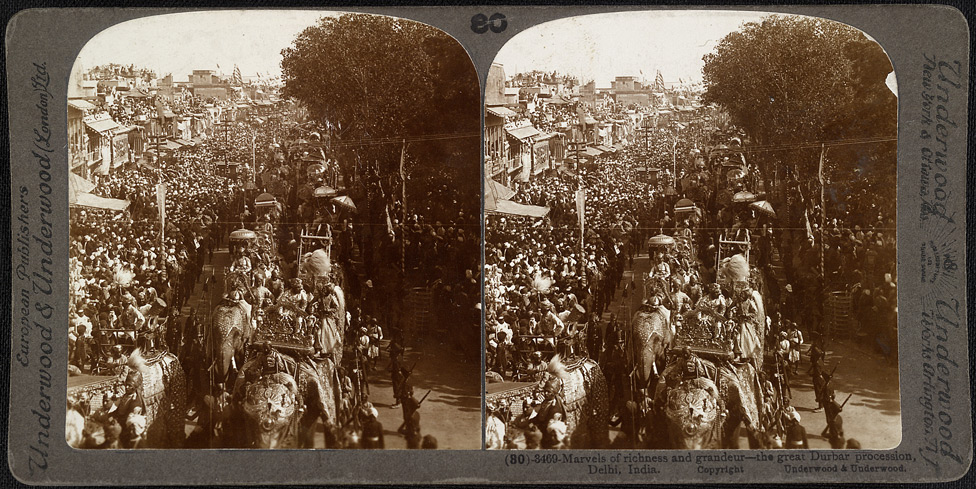 This image is described by Ricalton in 'India Through the Stereoscope' (1907): "There was some marvelous and strange function for each day of the Durbar; but I only have time and space to place before you a glimpse of the most splendid and dazzling, the most bewildering and spectacular feature of the entire Durbar, viz.: - the 'State Entry', which included this parade of two hundred and nineteen of the largest and most stately elephants in all India, richly and extravagantly caparisoned in gold and silver and richest silks, and ridden by their princely owners dressed in durbar costumes, sparkling with priceless gems. Here is passing before you now, through Chandni Chowk (Silver Street Market), the most magnificent procession of elephants the world has ever witnessed." 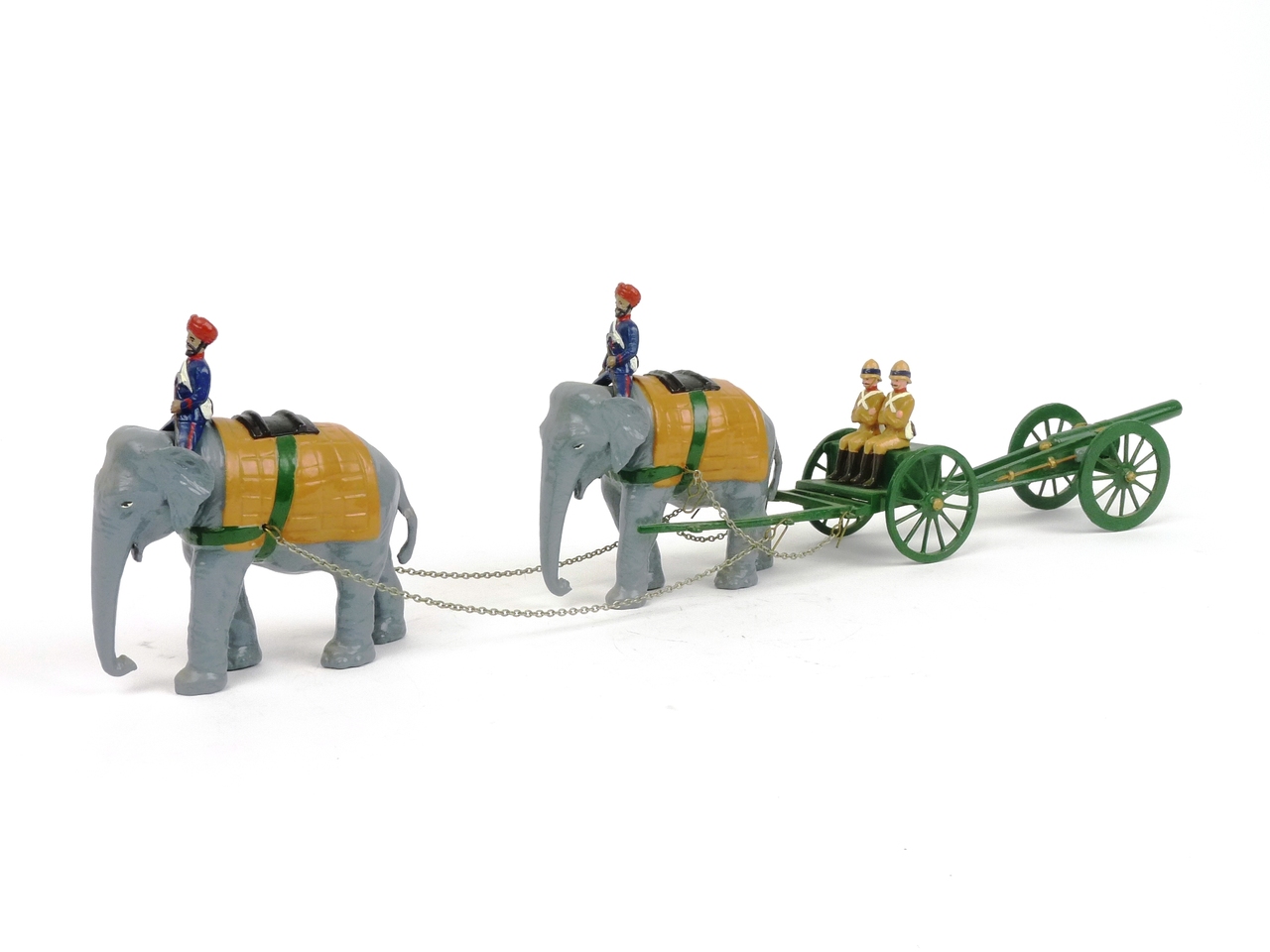 On 22 March 1911, a royal proclamation announced that the Durbar would be held in December to commemorate the coronation in Britain a few months earlier of George V and Mary of Teck and allow their proclamation as Emperor and Empress of India. Practically every ruling prince and nobleman in India, plus thousands of landed gentry and other persons of note, attended to pay obeisance to their sovereigns.

The official ceremonies lasted from December 7 to 16, with the Durbar itself occurring on Tuesday, December 12. The royal couple arrived at Coronation Park in their Coronation robes, the King-Emperor wearing the Imperial Crown of India with eight arches, containing 6170 exquisitely cut diamonds, and covered with sapphires, emeralds and rubies, with a velvet and miniver cap all weighing 34.05 ounces (965 g). They received homage from the native princes – including one woman, the Begum of Bhopal – at the shamiana (ceremonial tent); controversy ensued when the Gaekwar of Baroda, Maharajah (Emperor) Sayajirao III, approached the royal couple without his jewelry on, and after a simple bow turned his back to them when leaving. His action was interpreted at the time as a sign of dissent to British rule. Afterwards, the royal couple ascended to the domed royal pavilion, where the King-Emperor announced the move of India's capital from Calcutta to Delhi. The annulment of the Partition of Bengal was also announced during the ceremony.

The day after, on December 13, the royal couple made a darshan (an appearance) at the jharoka (balcony window) of Red Fort, to receive half a million or more of the common people who had come to greet them, a custom which was started by Shah Jahan. Then on December 14, the King-Emperor presided over a military parade of 50,000 troops.

A Delhi Herald of Arms Extraordinary and an Assistant Herald were appointed for the 1911 Durbar (Brigadier-General William Peyton and Captain the Hon. Malik Mohammed Umar Hayat Khan), but their duties were more ceremonial than heraldic.

26,800 Delhi Durbar Medals in silver were awarded to the men and officers of the British and Indian Armies who participated in the 1911 event. A further two hundred were struck in gold, a hundred of which were awarded to Indian princely rulers and the highest ranking government officers. 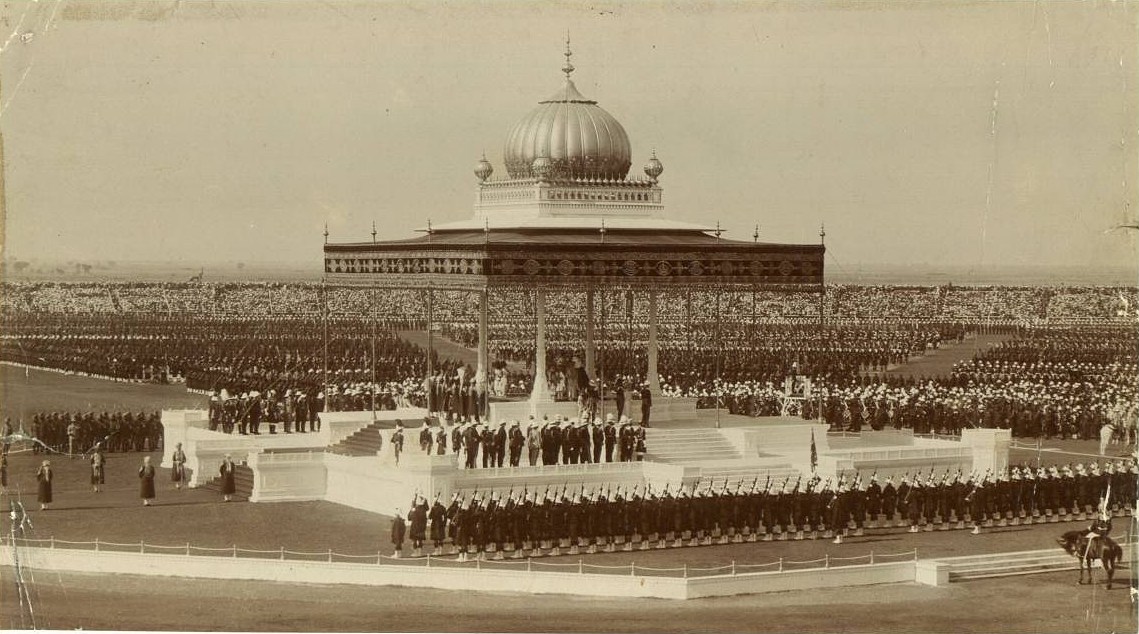 Image: The Delhi Durbar of 1911, with King George V and Queen Mary seated upon the dais. Photographer unknown.

Generally, the Durbar achieved its purpose of cementing support for British rule among the native princes, as was demonstrated by the support given during the First World War.

While Edward VIII abdicated in December 1936 before his coronation, it was initially envisaged that his successor George VI would ultimately visit India and have his own Durbar. The Indian National Congress passed a motion weeks after his accession calling for a boycott of any such visit, and in February 1937 Communist MP Willie Gallacher decried expenditure on such festivities in a country of such poverty. The King's Speech of October 1937 included, "I am looking forward with interest and pleasure to the time when it will be possible for Me to visit My Indian Empire"; however, the onset of World War II and the movement towards Indian independence meant this visit never happened.

The following is an excerpt from an article by Shrinidhi Rao on the British colonization of India:

One of the main reasons for the Europeans to sail the oceans was to find new trade routes to Asia, especially, to India. The adventure was inevitable as the land route to Asia was now held by the Ottoman Empire since 1453 CE (In 1453 CE, Constantinople was captured by the Ottomans, which led to the fall of the Byzantine Empire) and an alternative trade route had to be discovered, for the sake of trade and profits.

But, besides monetary prospects, another significant reason/motivation for all European colonisations in different parts of the world is almost always ignored. It was an inherent ideology of “western supremacy”. This idea is often referred to as “the white man’s burden”: a self-proclaimed responsibility of the west to subjugate and civilize any other person, who does not fall under the category of the “west”.

Accordingly, the Europeans, who “discovered” India had both intentions in mind. But, it was the British, who were the most successful among them. They not only succeeded in controlling most of the Indian Territory, but also successfully colonized various aspects of the Indian society like culture, politics, economy and education. They have since become an inseparable part of our history.

Hence, in their conquest of India, two important objectives of the British emerge: Profit and spreading civilization among Indians. […] the hostile and atrocious policies of the British, intended to achieve the above mentioned objectives, systematically impoverished the Indians, both physically and mentally. 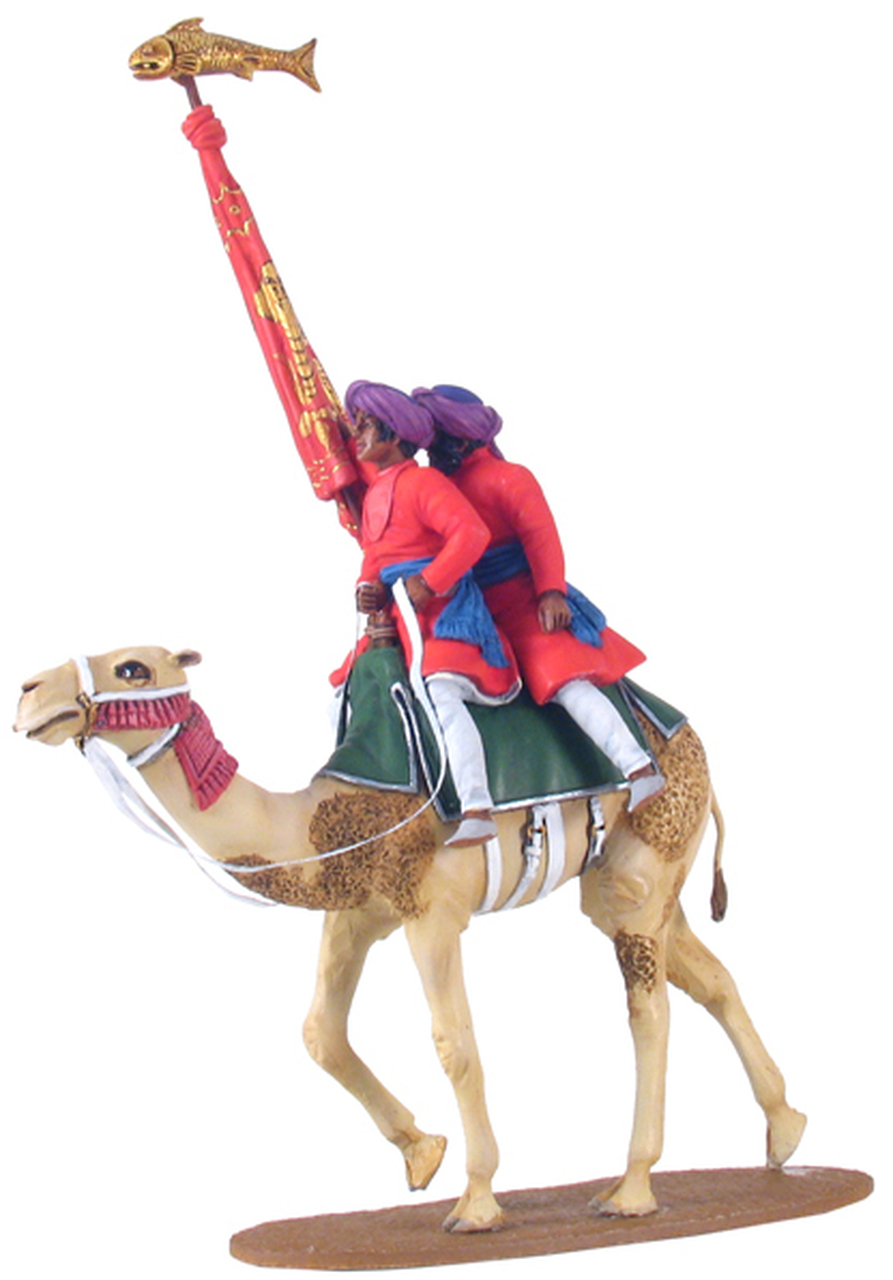