Last week, we were lucky enough to interview Rolf Nelson, an Ohio-based toy soldier and figurine maker. Trains and Toy Soldiers has acquired hundreds of Mr. Nelson’s detailed creations. Read this exclusive interview to hear about how Rolf Nelson got his start making figures and toy soldiers, his process and mentor, and what he’s been up to recently.

“Like most people my age, collectors, I got started when I was a kid. It wasn’t until around 1971 when I met a college professor in the town where we were living who had been – he was 25 years my senior – and he had been collecting for a long time. He’s the one that really got me into it and encouraged me, encouraged us, to start making our own figures. I’m a retired teacher, and teachers don’t make tons of money, and a lot of the figures that we liked, the best were just… We also liked lots of them, so they weren’t really within the financial plan at that point.

I taught shop and stuff, so I knew something about design casting, molding, and so on. I got started with RTV (room temperature vulcanizing) molds and we melted down wheel weights in the school shop and then I would basically use a bullet molder to actually do my casting. And he [the professor] was an art professor, and therefore the man could paint circles around me. I’m sure that some of the figures you have are his, and I did my best – I could keep up with Britains and I tried to keep up with Mignot but that’s a bit of a challenge, so I just went at it from that aspect, and between the two of us, we produced a lot of figures. 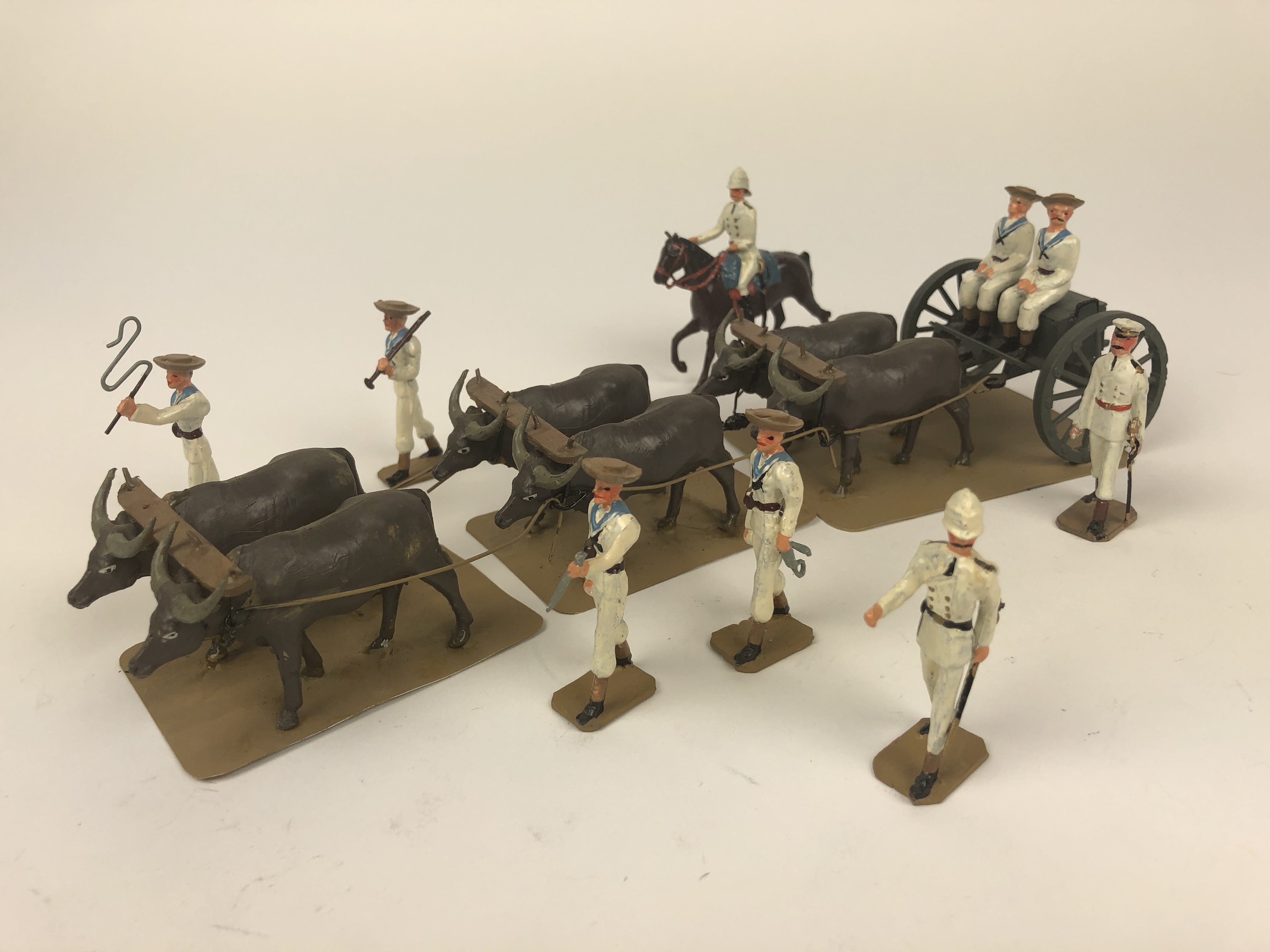 Naval Gun Crew Drawn by Buffalo. A set made up by George from some reworked Britain's figures (the officers and the two caisson riders). The other sailors were Soldiers Soldiers figures he painted. The water buffalo are Britain's plastic figures.

Trains and Toy Soldiers was able to purchase some of Nelson’s toy soldiers when he and his family decided that the collection was too big for their new home.

When we decided it was time to downsize and move into a condo, I just felt I couldn’t maintain that huge collection anymore, so we disposed of most of it, and there was no way that I could continue casting like I had been in the condo, it’s just not set up right – I didn’t have the right kind of ventilation and so on – but about three and a half years ago I got into 3D printing, so I’m sitting here in a room that’s starting to fill up with plastic models and toy soldiers; I guess I found a new way to be creative. 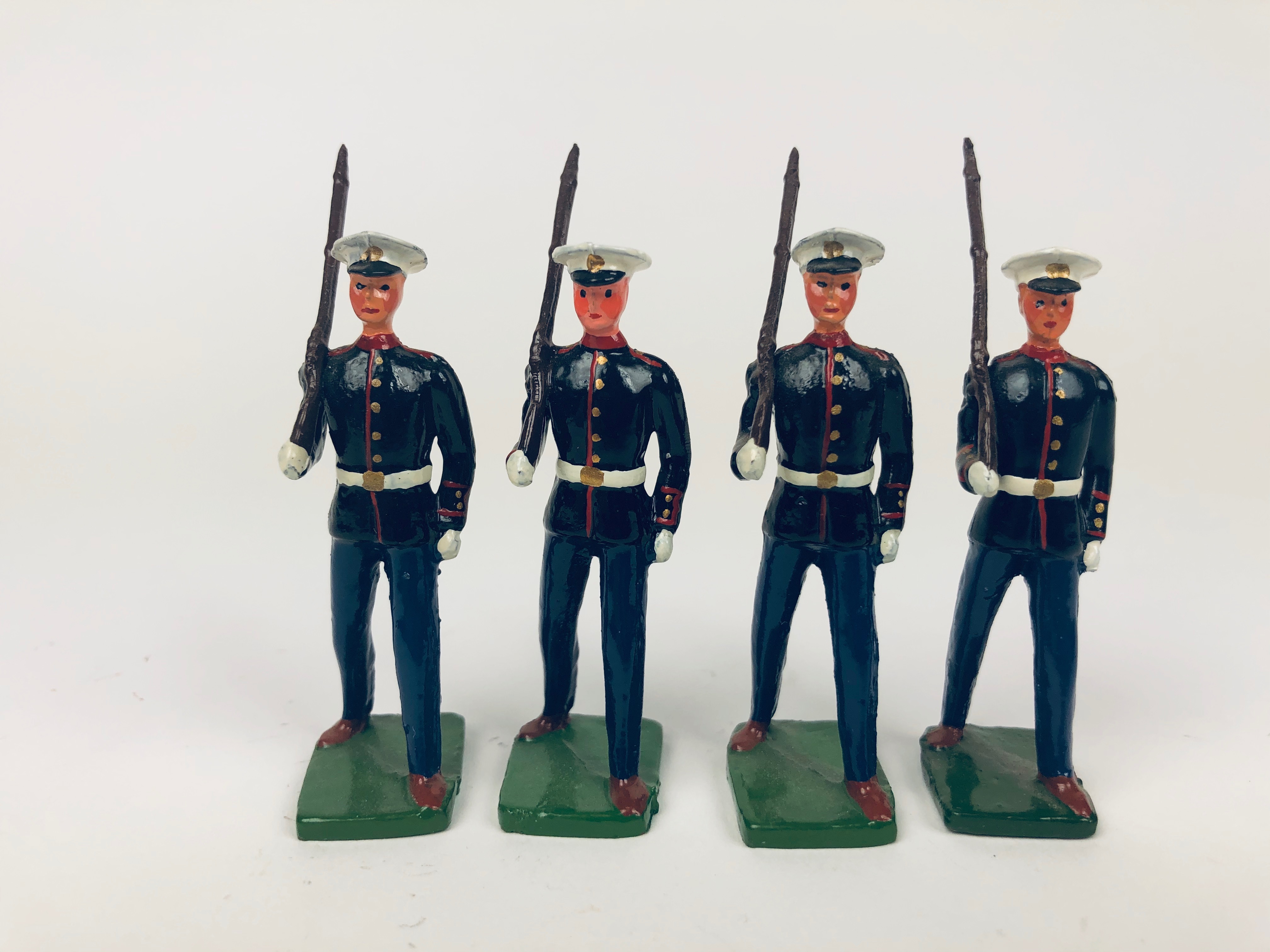 I wish I was still teaching school because it [3D printing] is the perfect tool, because it not only brings in the CNC part of it and all the things that go with that, but you also have the designing process, and making/creating the part or whatever it is you’re gonna print, and it’s a fantastic learning tool as far as education is concerned. I’m really sold on it. I’m in a maker group locally here and have probably taught about 6 or 8 classes on 3D printing, and we’ve done it for all ages. You’re only limited by the material that it will print. Most of what we work with is plastic because it’s the most affordable for most people and it still gives you a pretty good product, and I know even in Europe they’re even printing houses in concrete.

As far as the soldiers are concerned, that’s pretty much the background on it. I think both George (the art professor) and I, he was an artist, he did some things that are right up there, top shelf stuff. He had a collection of figures that he did probably during the ‘50s, and I don’t know if he cast the actual figure, but it was a collection of probably 1860s/’70s French flags of every regiment in the French army, and the detail on those flags would just blow your mind away. 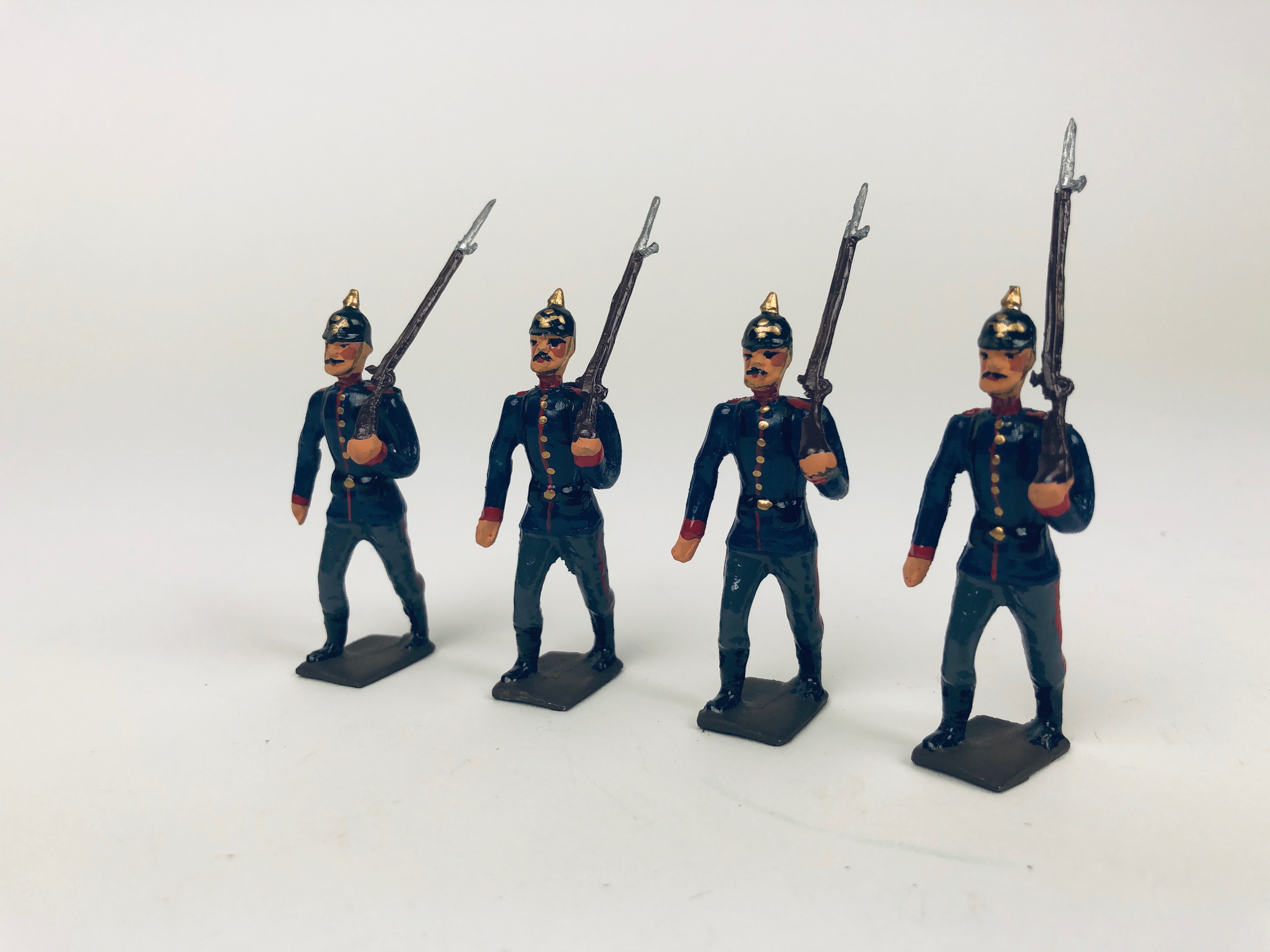 So what kinds of Rolf and George’s toy soldiers can you find with Trains and Toy Soldiers? We have stunning figurines from Bombay to Ethiopia to Germany to Greece to Madras to the U.S. and beyond.

I kind of had to find my niche, and I liked the period from 1870s, post-Civil War, up through the first world war. The change from the colorful uniforms and then just into the drab ones so you so weren’t so visible on the battlefield. But we did, together, we produced and sold a number of figures representing the US army from about 1880 through 1905, and for some of the figures I actually took a Britain-style figure and reworked it to come up with something that I felt they should have produced but they didn’t, so we did that for several years in the late ‘70s / early ‘80s, and we sold most of those to a gentleman out east, I think Pennsylvania. He dealt in Mignot, and we’d send him out stuff and he’d send us Mignots. 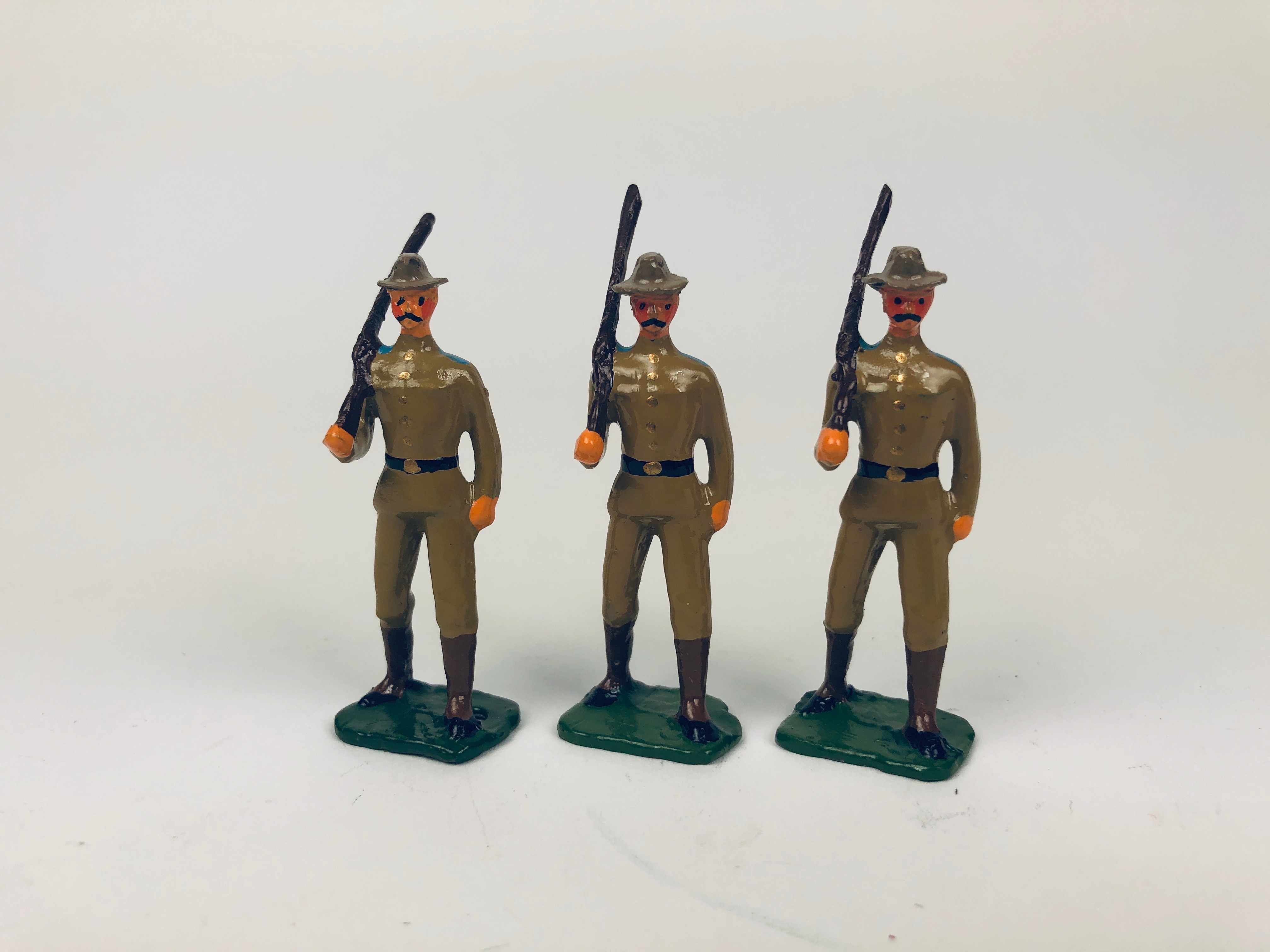 How have collecting and toy soldiers changed over the years?

Everything was really expensive back in the ‘70s and ‘80s because the hobby was really mushrooming. People like Malcolm Forbes got into it and the prices just went through the roof. Now, we’re kind of in a recession as far as the toy soldiers are concerned. It’s kind of understandable in one way because kids today have been brought up totally different than the way I was, but George and I also collected some flats. He was stationed in Germany post-war and he would trade cigarettes, he’d trade candy to kids and built up a pretty fantastic collection, he had probably 20,000 flats. 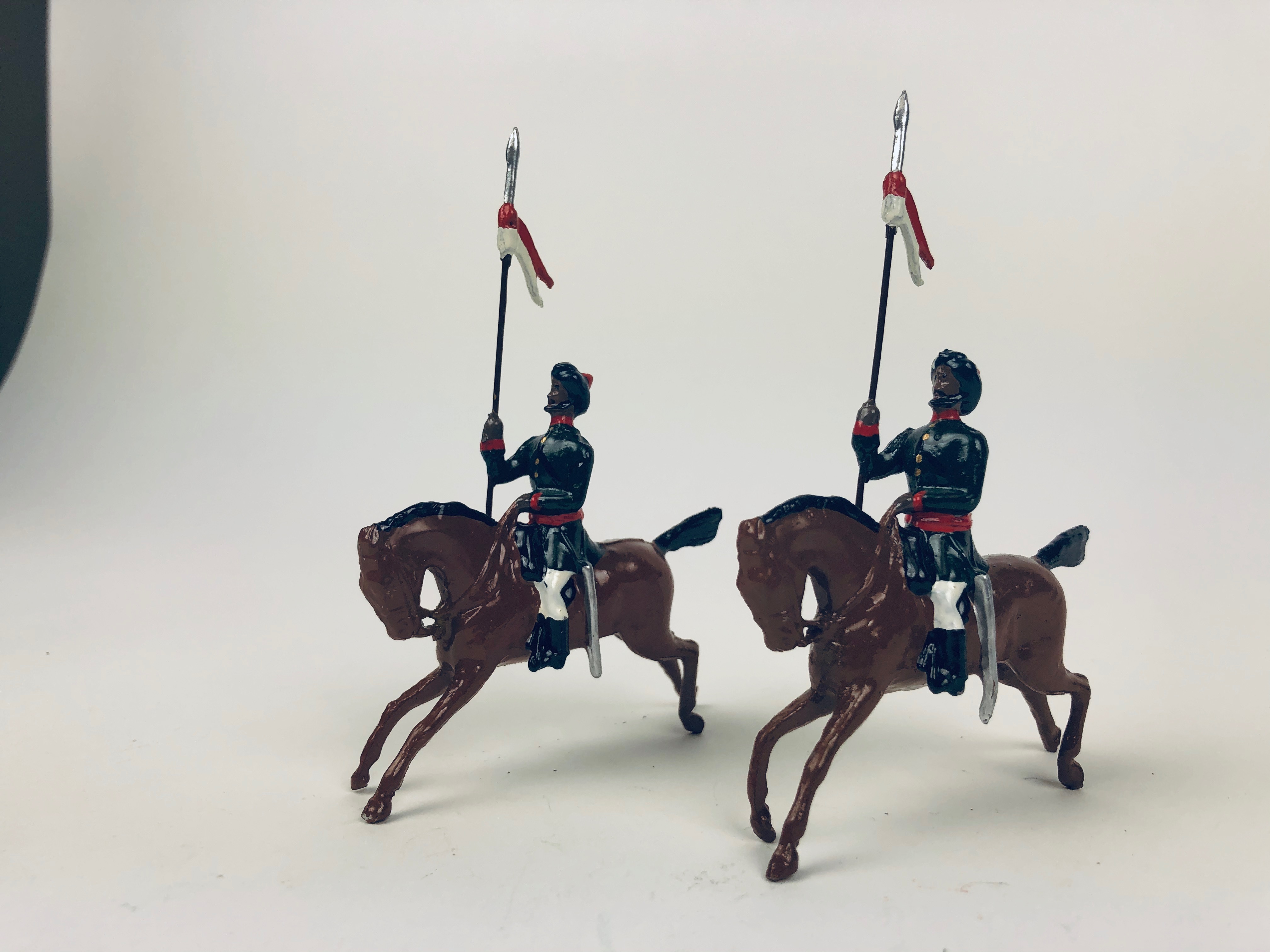 Mr. Nelson owes much of his passion for toy soldiers to his mentor, George. In our interview, he recounted several anecdotes from when the two of them worked together.

One day, I was teaching photography, and he [George] wanted to set up his figures, and we’d set up big dioramas and we’d take pictures. He had several thousand figures in the Battle of Gettysburg and I took pictures the whole afternoon and got home that night, checked my camera, no film. Talk about feeling like an idiot! I got on the phone right away, and I said George, you still got the diorama set up? And he said no, I took it down. And we had a few good laughs over that, we had our moments. We actually went to Europe, I think that was in ’77. And he and his wife had gone to Europe practically every summer, that’s when you could go by boat, he didn’t like to fly but we flew over, and he would show me his haunts and where he would get stuff. We went to a lot of museums over there that had toy soldiers in them. Probably the biggest collection was at the Invalides In Paris. We saw a great number of flats in Compiègne a little north of Paris, where they signed the treaty at the end of World War I, in a public building like a town hall. Up in the third floor was diorama after diorama after diorama. He mentored me in the right way, he really got me fired up, so we had a good productive toy soldier collecting experience. He passed away, I believe it was in ’92, so he’s been gone quite a while. 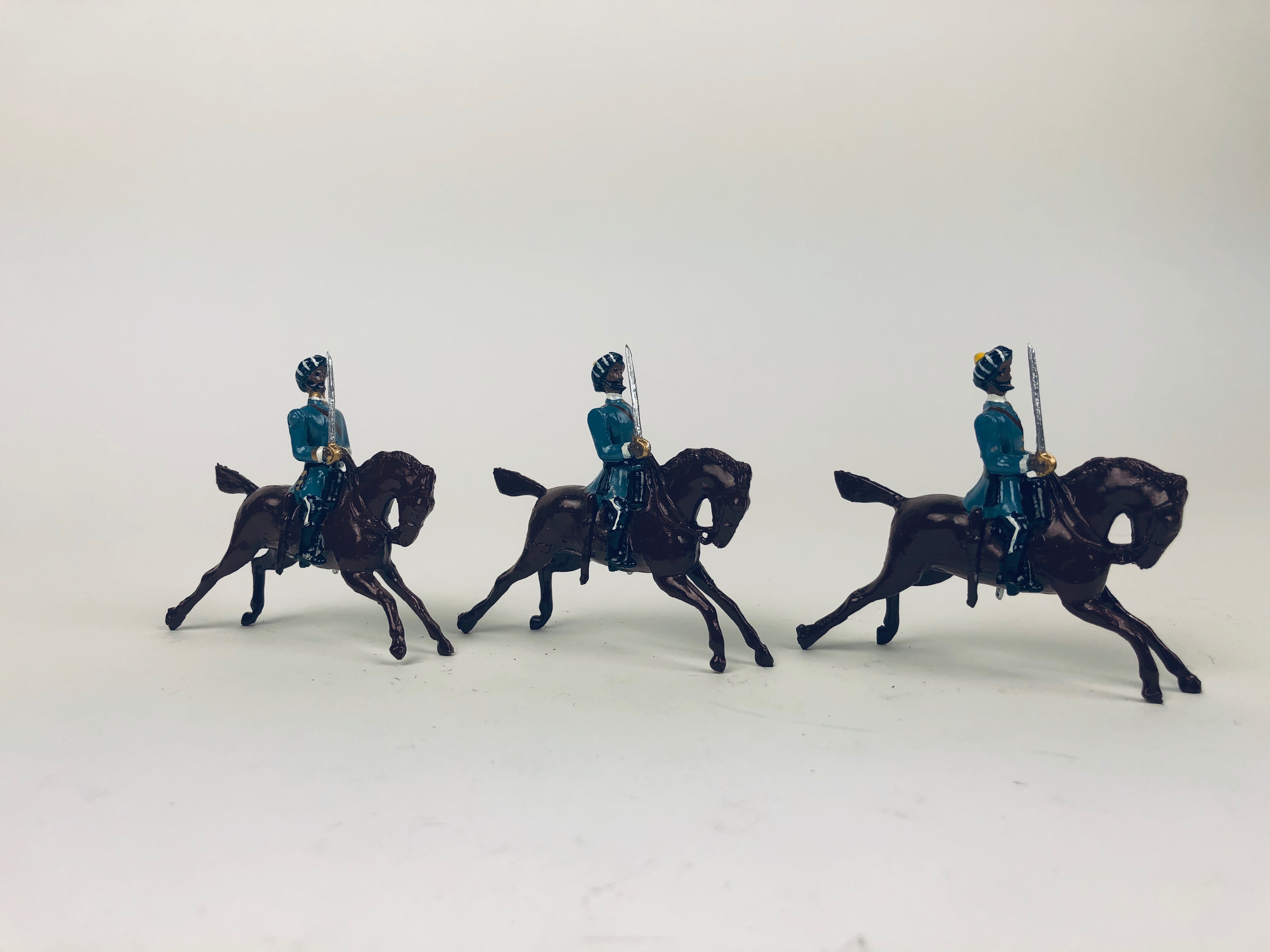 So what is Mr. Nelson up to now as far as toy soldiers and figurines are concerned?

The figures that I’m making with the 3D printer, it’s civil war figures, and they’re very toy soldierish because I haven’t mastered the art of 3D sculpting yet, so they don’t have quite as much detail as a Britain. A lot of people don’t realize how much detail there is in a Britains casting because the painting doesn’t necessarily bring out the detail, but there’s a fair amount of detail. I really like doing the odd things that nobody made, like carts and wagons and that sort of thing, so I’ve done all the Civil War vehicles, and 3D printing on those have turned out really well, I’ve been real pleased with that. It’s hard to sum up 60 years of collecting in a quick call. 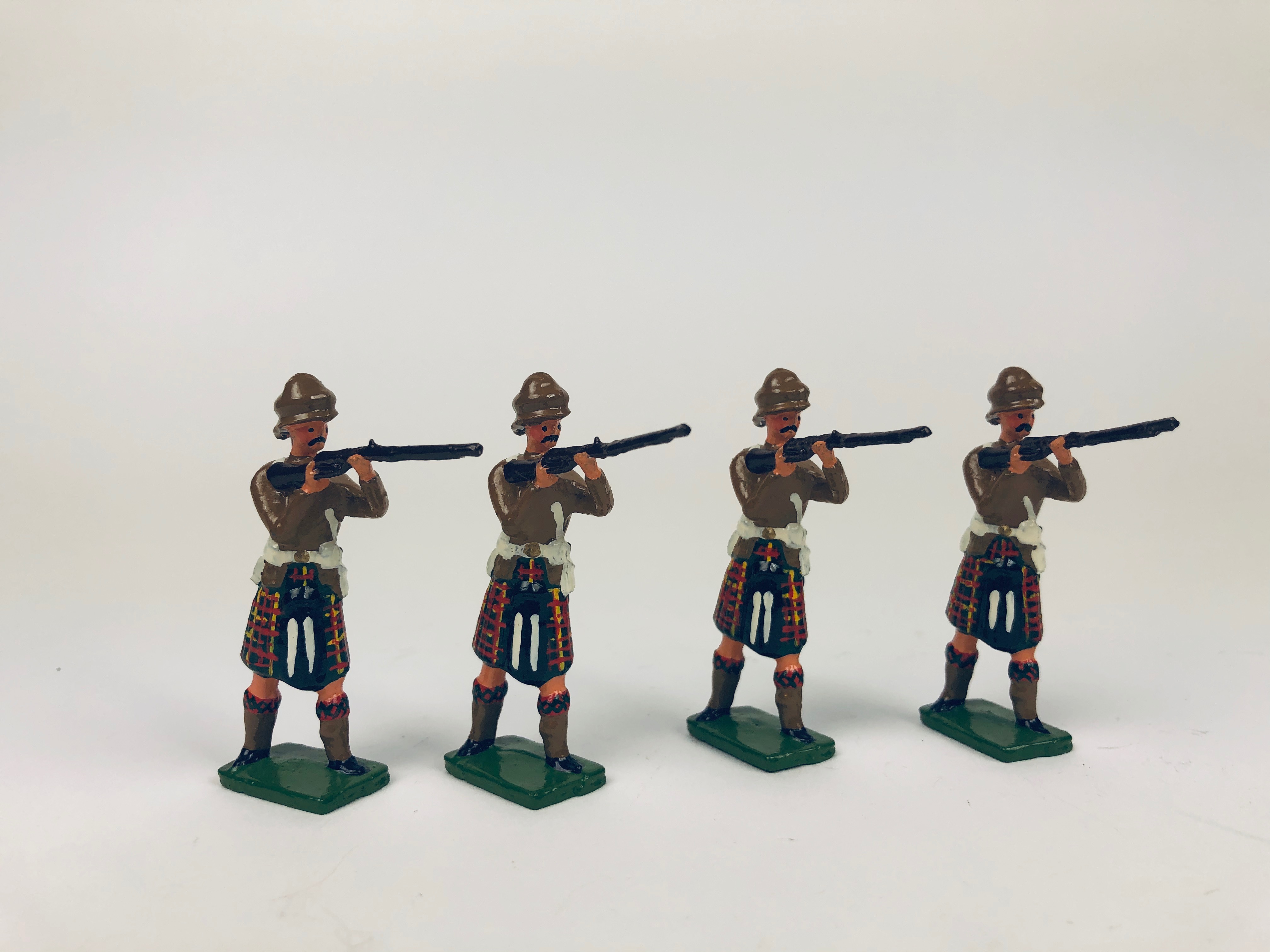 And finally, what does Nelson think about his figurines moving on to different homes?

I’m just glad someone’s gonna have the chance to appreciate them, they’ll keep going even though I’m not going so well as I used to.” 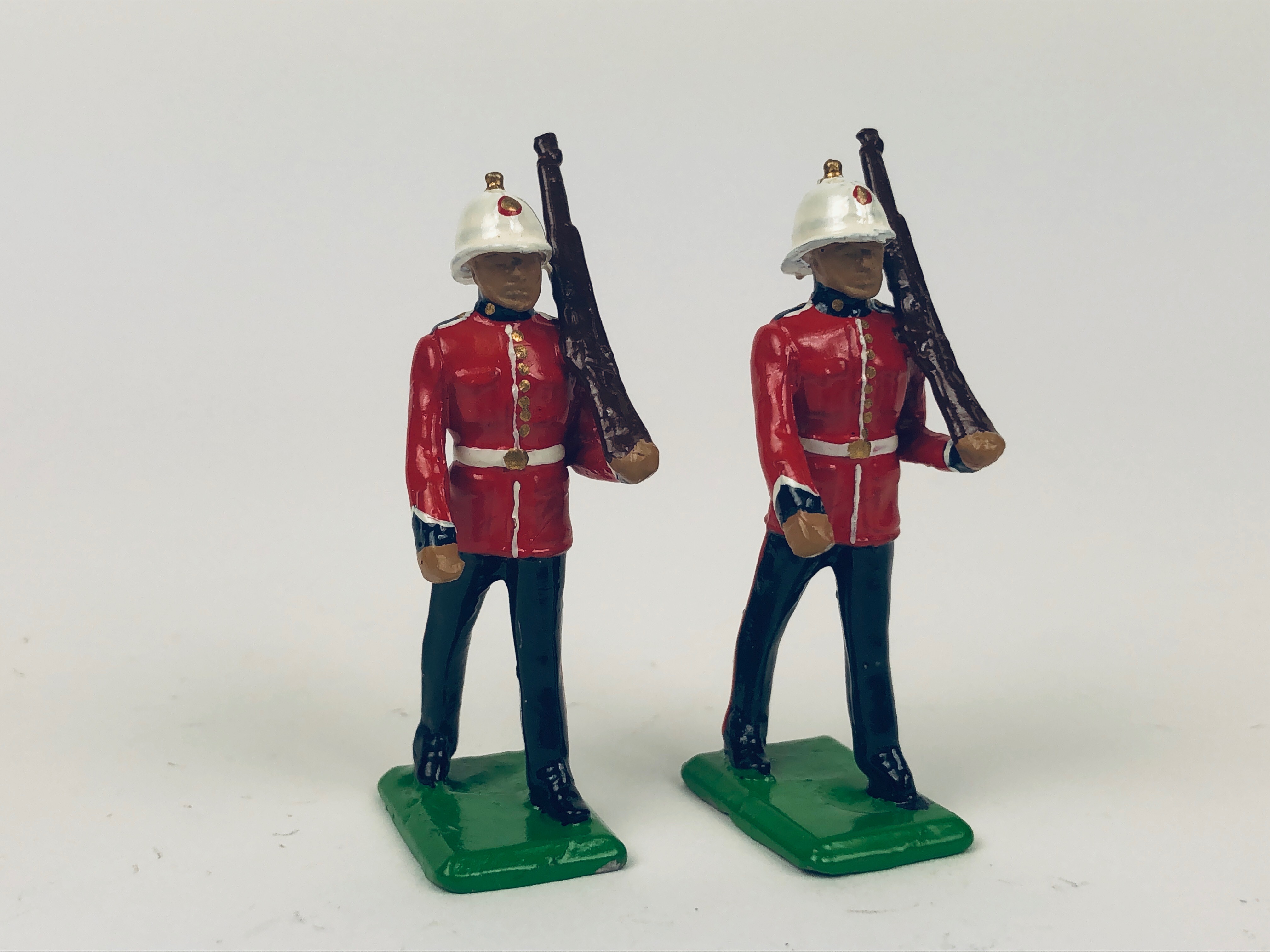 Don’t miss out on getting some of these detailed, high-quality soldiers and figurines from Trains and Toy Soldiers. Give us a call today to hear about what we have in stock from Rolf and George. Thank you, Mr. Nelson, for taking the time to talk to us and for contributing such beautiful pieces to collectors around the country. It was a treat to learn from you, and we're grateful to have your creations in our store.