King & Country is “one of the best-known and most-collected producers of toys soldiers and miniature figures in the world today” (King & Country). Trains and Toy Soldiers has a vast collection of these esteemed figures. King & Country’s website proclaims,

“Our all-metal, hand-painted, 1:30 scale figures (about 60mm tall) cover the broadest spectrum of history – from Ancient to Modern and many points in between. 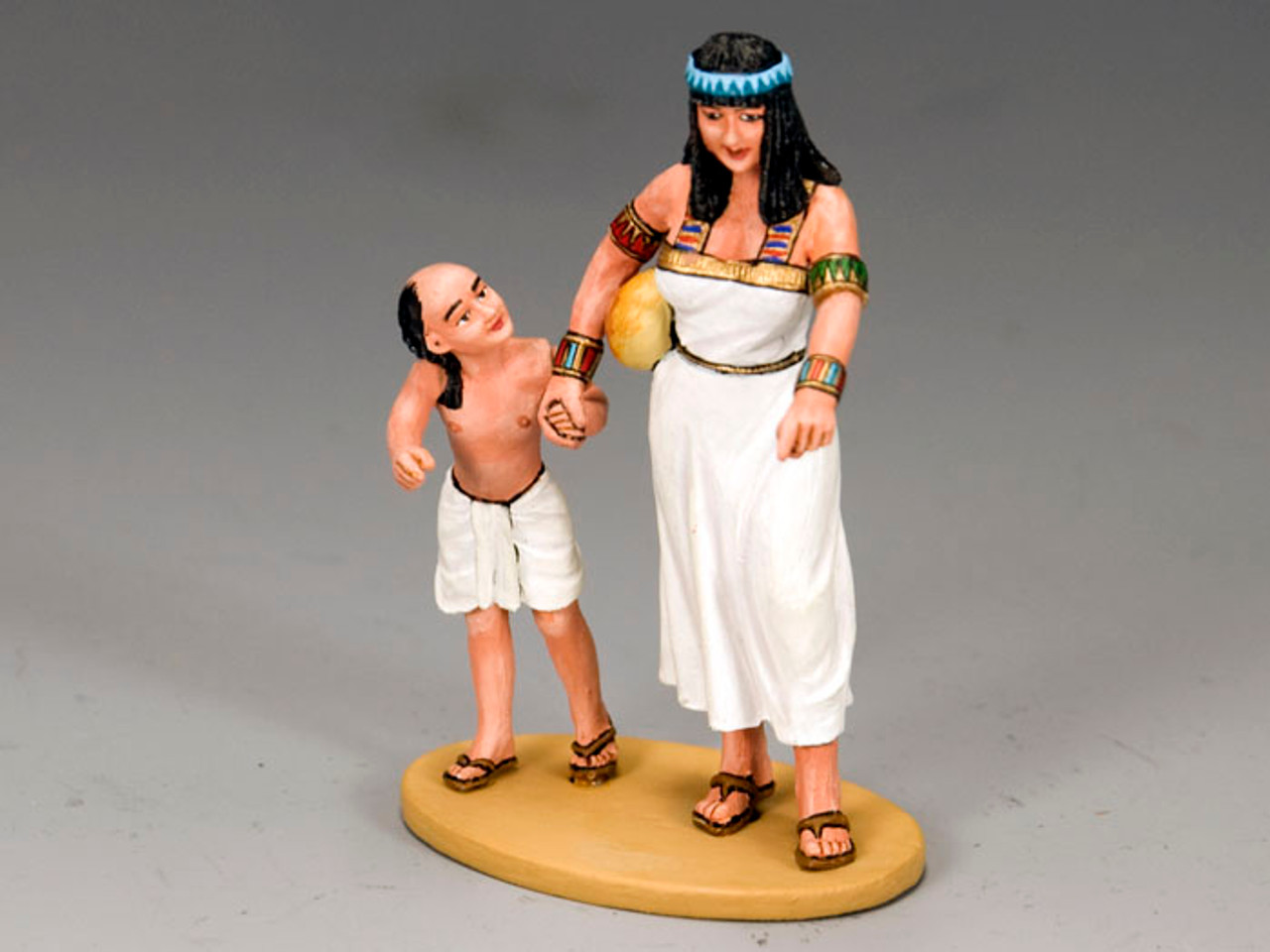 We begin in Ancient Egypt before travelling on to the time of Christ and Imperial Rome… Our miniature history series include The Crusades before journeying westwards to Europe and The English Civil War and later to the colourful spectacle of The Age of Napoleon.

Moving even further west across the Atlantic we depict the brave but doomed battle to defend The Alamo and the epic Indian Wars of the late 19th Century.

In more modern times King & Country helps tell the story of The First World War and the battles and campaigns in both the Middle East and the Western Front.

Following the end of that War we also explore in miniature the people and personalities that led to the terrible rise of The Third Reich in our Berlin ’38 series. 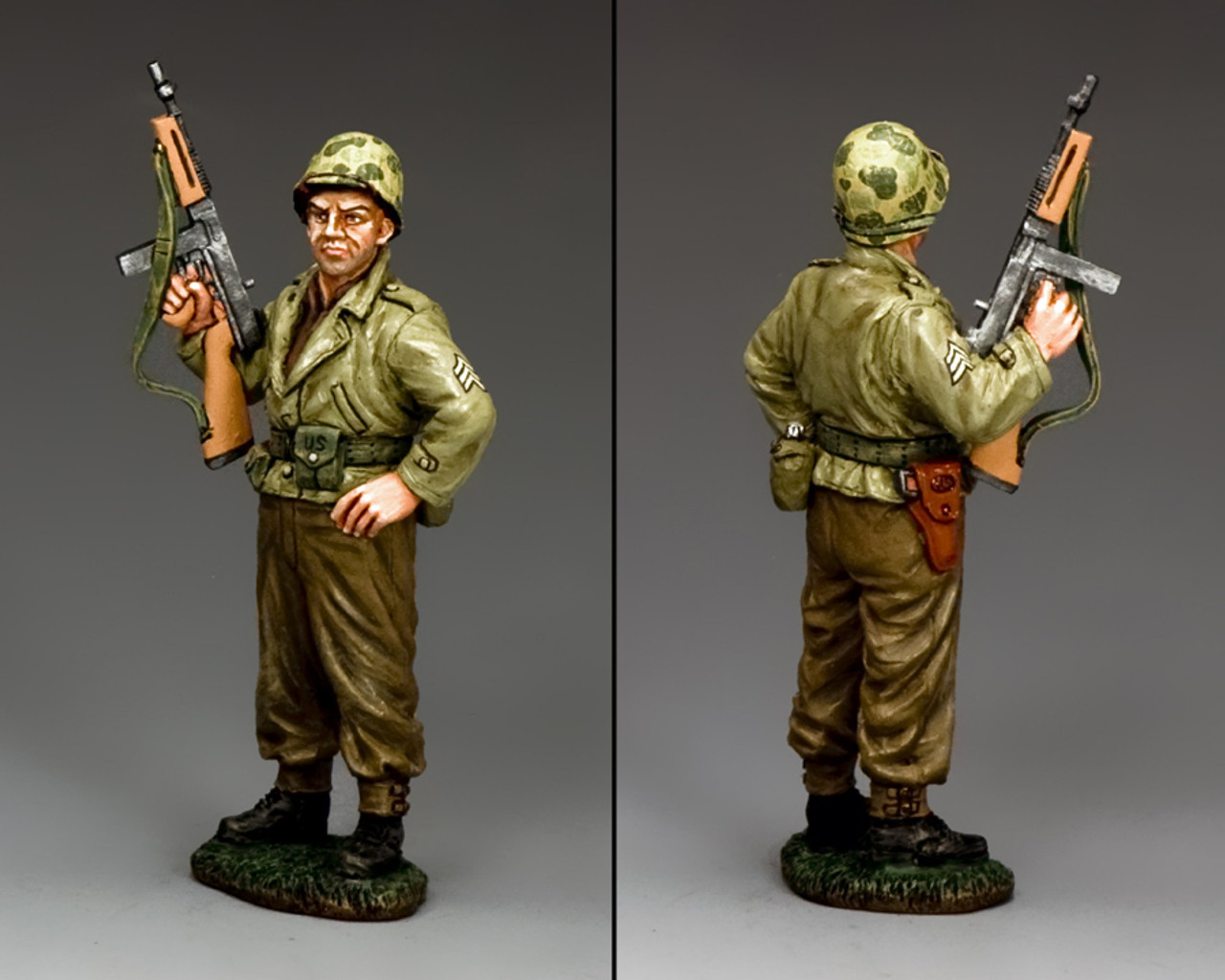 That inevitably leads on to The Second World War itself…

No other toy soldier company has designed or produced as many or as varied a selection of WW2 military and civilian figures, fighting vehicles, aircraft and accessories as King & Country! 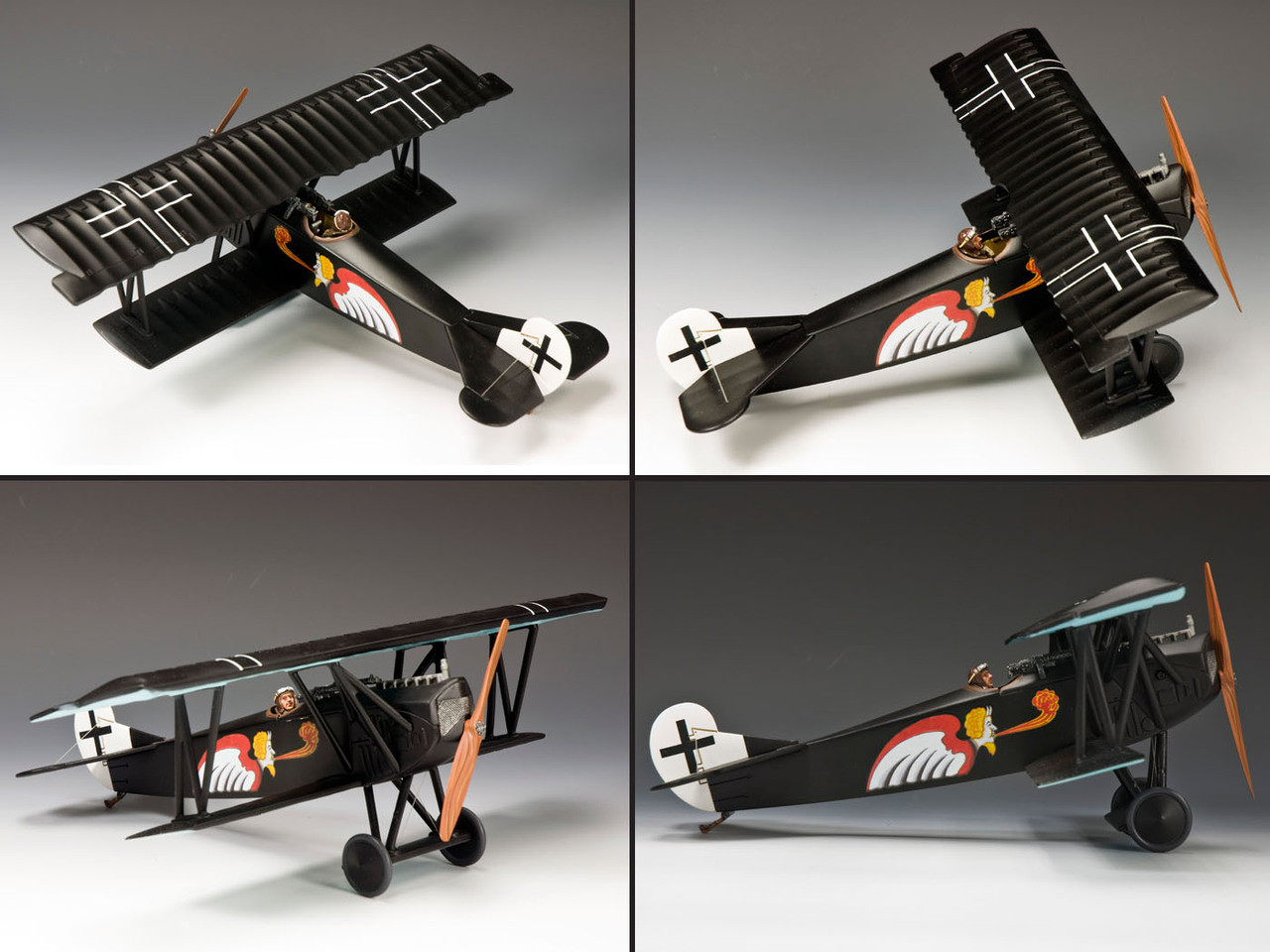 From the German invasion of Poland in September 1939 until the Fall of Berlin in May 1945 we tell the story in authentic, hand-made detail.

As the real war raged across the globe K&C also reproduces the troops, tanks and many other items that replicates the battles and campaigns fought in Europe… The Pacific… North Africa and Russia.

‘Streets of Old Hong Kong’ is an affectionate look-back at turn-of-the-19th & 20th Century Hong Kong with a huge range of traditionally dressed Chinese figures and attractive buildings of the period.

‘World of Dickens’ and ‘Streets of Olde London’ feature characters and people drawn from the works of Charles Dickens and Sir Arthur Conan Doyle and his most famous creation, Sherlock Holmes.

All of these and much, much more can be found among the World of Miniatures created by King & Country.

Our mission is simple… We bring history alive piece by piece.”

Trains and Toy Soldiers has an extensive collection of King & Country toy soldiers. 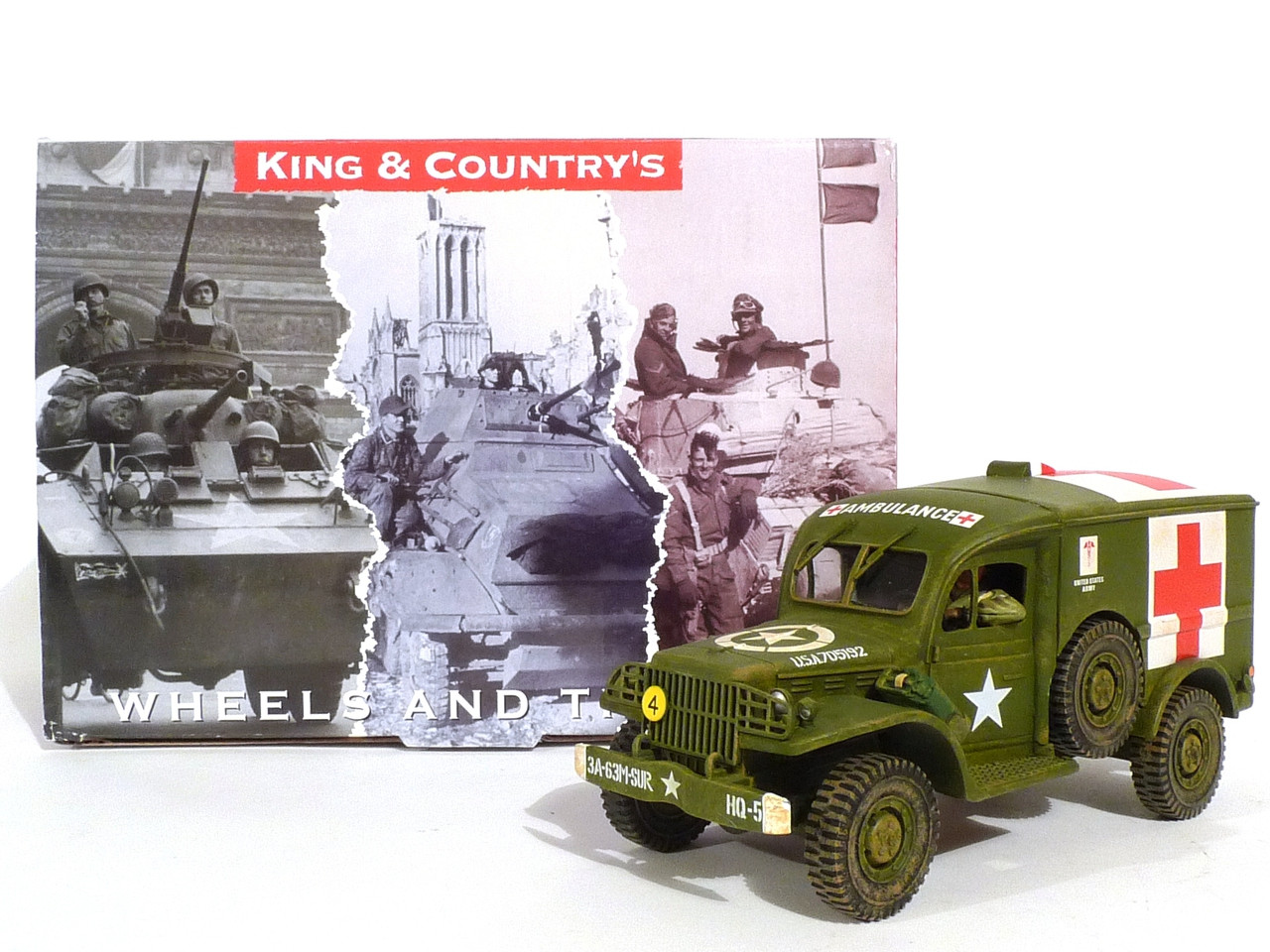 Andy, a former Royal Marine Commando had been interested in and collecting toy soldiers since a young boy. Laura provided the solid business background and support for the company.

From humble beginnings, KING & COUNTRY has developed into one of the world’s major designers and producers of all-metal, hand-painted 1:30 scale military and civilian miniatures.

In addition to their metal miniatures figurines, the company has also produced an amazing and expanding range of scale model buildings, fighting vehicles, ships and aircraft, from a wide selection of wood, metal, polystone, resins and other mixed media.

As well as producing their own ranges they also design and manufacture special “corporate gifts” for companies in the publishing, airline and premium business.

From their headquarters in Hong Kong, they oversee every stage of design, development and production in mainland China. They also take part in trade fairs and collector shows in Europe, the U.S. and Australia.

Their various “World War Two” series encompass figurines, fighting vehicles and buildings that stretch from the shores of D. Day Normandy to the sands of North Africa and all points in between! A recent addition is “Operation Barbarossa” the German Invasion of Russia in June 1941.

Other exciting and colourful series cover such diverse topics as “The Age of Napoleon” and “The Crusades“. They even produce the Imperial Army of the Emperor of China.

The company’s broad diversity of historical eras and subjects is unparalleled in the toy soldiers world. as KING & COUNTRY continues to grow and develop they remain totally committed to producing unique and collectable military and civilian miniatures that are among the finest on the market and at price levels affordable to their customers, both individual and corporate" (King & Country). 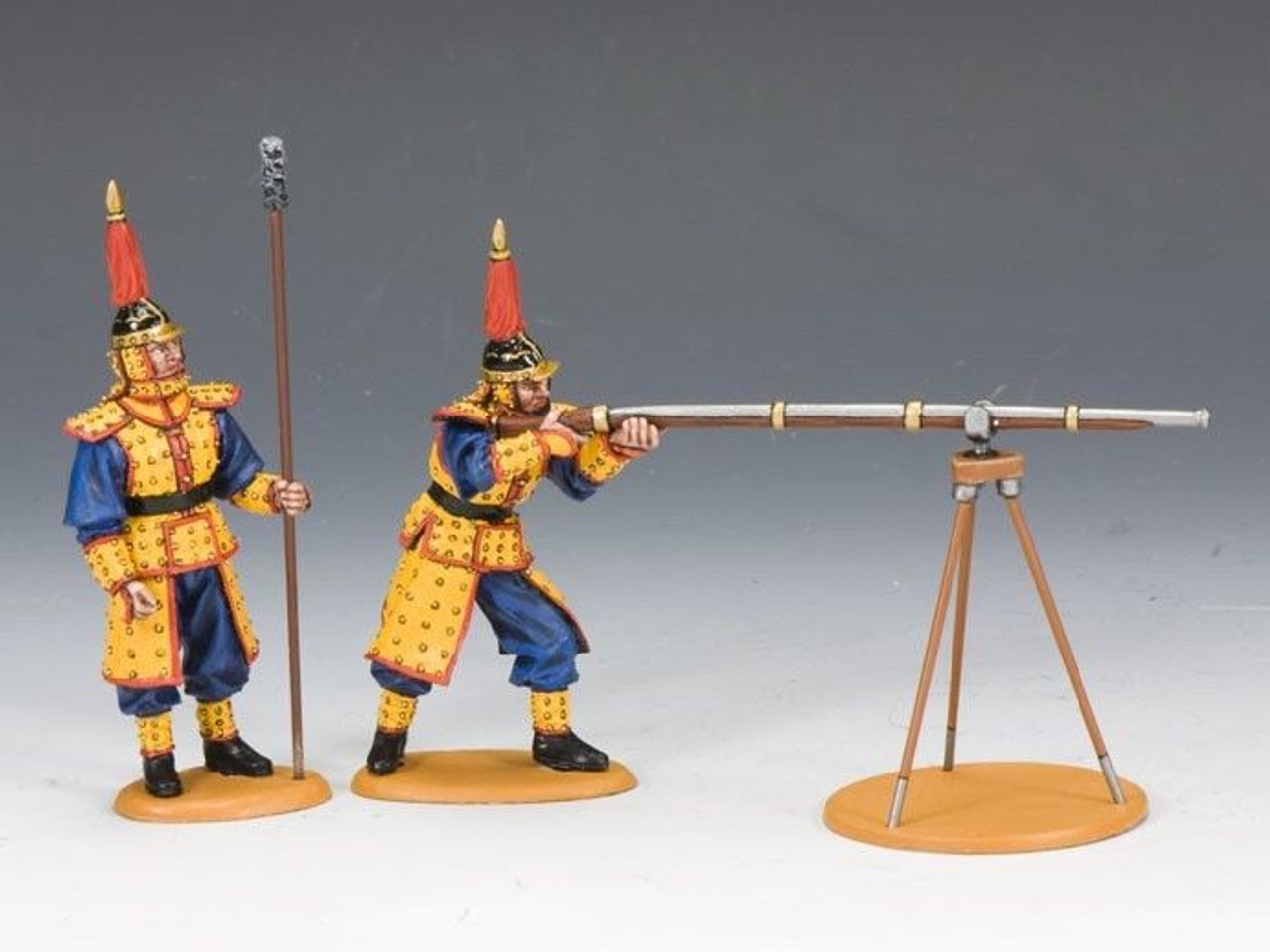 Are you searching for King & Country items that are retired or hard to find? Please leave us a message here and we will double check our inventory and if we still cannot find it we keep an eye out for it in the future.