Earlier this year, Len Taylor, the master toy soldier craftsman, passed on. A proud Welshman and veteran of her Majesty's British Army, Len Taylor spent his life after service with his wife Valerie and his passion for toy soldiers. “Len was very Patriotic about the Wales. He considered himself welsh man first foremost.” said longtime friend Mike Laeding. From the 1970's to early 21st century, Len Taylor created some of the most sought after collectibles in the entire world. Len’s Trophy Miniatures valued the heritage of his native land and the traditions of the toy soldier community, he steadfastly continued to mold and hand paint his toy soldiers in Wales, Britain, Scotland, and Ireland. Despite the fact, other manufactures had moved manufacturing to Asia in search of better economic conditions.

I was recently fortunate to share some memories of this outstanding artist with Mike Laeding, formerly the owner and operator of Trophy of Texas and good friend and associate of Len Taylor. “Len never let the word toy escape his feeling about the product,” remembered Mike. While I never had the good fortune to meet Len Taylor, Mike's word rang true to me when I examine the treasures that Len has left behind. The emotional investment in each toy soldier is nearly tangible.

Mike and Len's relationship began in the mid 1990's when Mike began working with Trophy of Texas. Len Taylor's toy soldiers had already secured a loyal following and Mike's biggest challenge was getting the items photographed before the aficionados would break down his doors. Mike purchased a controlling interest in Trophy of Texas in late 1990’s and proceeded to have fruitful relationship with Len over the next several years. Mike says, “Len’s serious collectors were always very eager for his next offerings.” 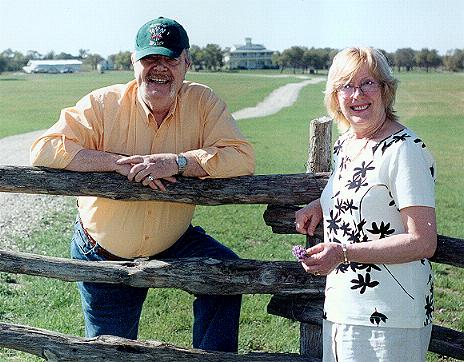 Len and Valerie Taylor in Texas

In 2004, Len and his wife Valerie traveled from their beloved Wales and arrived in Texas for a visit. His goal for the trip was to see those two larger than life states, Texas and Alaska. Len Taylor had a deep respect for all the ground where men had given their lives for their beliefs. Therefore, upon arrival Mike and Len visited the hallowed ground of the Alamo. 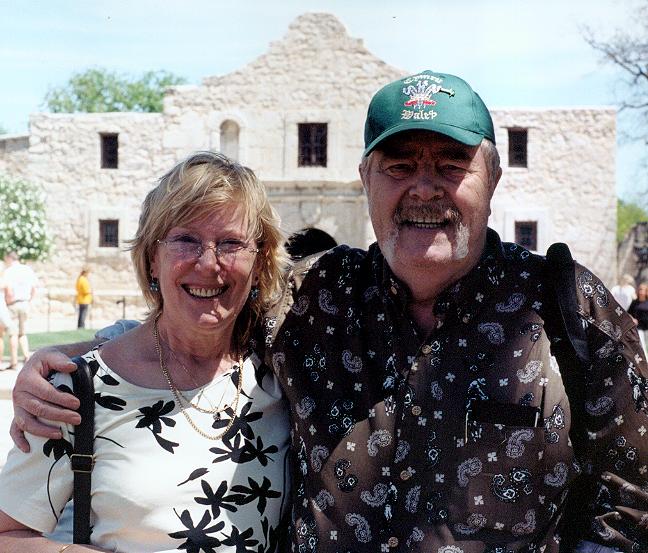 Len Talyor and Valerie at the Alamo

The Alamo rests in the heart of San Antonio. For those that have never had the privilege to walk upon its sacred stones, the landmark is surprising at first glance. This simple stone mission seems to be too small to hold all its history. Upon you enter the building, the veteran and history lover will understand how those small quarters might have given some comfort to the few defenders that had decide to hold despite all odds. Part of legend of Alamo states that Davy Crockett played his fiddle to fellow men at arms the while waiting for the final assault. Some say, a bagpiper played a duet with him that day. Len had contemplated immortalizing this moment in one of his creations, but, sadly for all of us, the Toy Soldier master of Wales never had the chance. 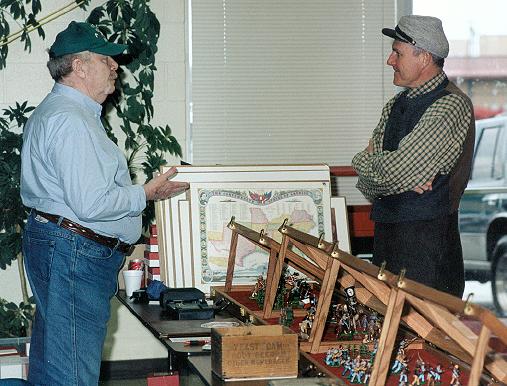 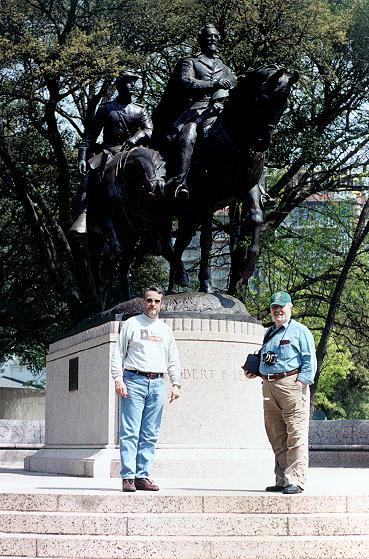 Len Taylor and Mike Laeding continued their journey through the lone star state. They attended the Spring Confederate Symposium at Hills College. They admired a towering bronze statue of General Lee and an aide in Dallas, and they walked the singular streets of Fredericksburg, a community found by German immigrants that is renowned for its style, beauty, and food. Len Taylor even did a little crafting, personally hand painting some figure at the Trophy of Texas storefront. 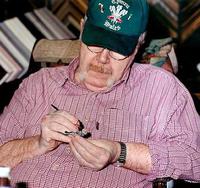 Late in first decade of the 2000’s, Len’s personal obligations and the sands of time greatly slowed the importation of the Trophy of Wales figures into the United States. Just like the battlefields and warriors we all admire an honor with our collections, no matter how poignant the story is all things must end. Mike looks back on that time with great affection, “You know for a time I got to live every toy soldier collector’s dream, to be part of creation of the marvels and even offer a suggestion an idea how a toy soldier might be crafted.” For the vision of Len Taylor and work of Mike Laeding, I am grateful and will now admire the masterpieces of Trophy Toy Soldier Miniatures with even greater affection.