Lionel trains have been churning out good things come in small packages for over one hundred years. Lionel majors in O scale model electric trains and have the loved of most toy trains enthusiasts since it debuted many years ago. The O scale is the favorite of toy trains followers, and the product refers to electric trains scaled at 1:48 of real-life Trains. Don't be fooled by the small sizes of the O scale trains notwithstanding; they command great respect all over the world! They are exquisite model trains with fantastic quality and detail.

When you have a Lionel Trains electric model in your possession, you will feel so fascinating to be a part of the history of our great pasts. The history of Lionel Trains traces back to the time of President Theodore Roosevelt as the president of the united states. The era when the number of horses is more than available cars in the country. Every of the US cities has so many horses that were a familiar scene like we have with cars today.

Joshua Lionel Cowen established the Lionel Trains. Joshua's parents came to New York immediately after the Civil War; they came at a time when railroads were what moved the US forward. The placement of the so-called “Golden Spike” in 1869, linking the Union Pacific and Central Pacific Lines, established the US as a real world power. 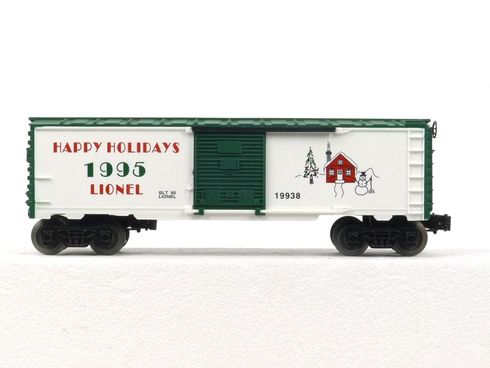 The birth of Mr. Cowen in 1877 came just a short time prior Thomas Edison final solution to the electric light. He grew up at a time of startling change as the train gradually became the means of transportation and changed all that were known before the period. The train facilitates faster and efficient transportation of materials and finished goods coming from different parts of America and various parts of the world; it was helpful for manufacturers and consumers alike to transport their goods with ease across the distant places. The Trains changed the way of life of the people, the economy and the country at large.

Cowen established Lionel Manufacturing Company, and in 1900, he created his first model train in New York City, somewhere near the City Hall. As an inventor, he was hugely successful; however, The Electric Express and succeeding models grew to become his all-consuming desire.

Although he wasn't the first person to manufacture toy trains, his penchant for detail and his engineering and business skills gave him a tremendous edge over the competition.

If anyone is deserving of the credit for being a motivation for creating passionate collectors, both young and old, Joshua Lionel Cowen is eminently qualified. Driven by his overconsuming desire, enthusiasm, and encouragement of fathers sharing a hobby with their boys to prepare them for adulthood, Lionel Trains was a beneficiary.

Unfortunately, the emergence of the automobile and transcontinental flight by the 1960s caused a reduction in the passion and love for trains among the American leading to railroads suffering financially, and the leading icons were shut down which caused Lionel Trains to stop sales of its model trains.

Thankfully, the exits of significant players like Penn Station, Joshua Lionel Cowen, including Twentieth Century Limited, the rail line that caused his inspiration, trains have survived including the Lionel Trains.

Lionel Trains maintains their heritage of building the most elegant quality electric model trains today. In the passion for outdoing the past achievements, Lionel Trains kept the culture of innovation. Some of their latest models use wireless remote control operating systems and other cutting-edge electronic technology.

Lionel model trains remain the favorites of Collectors. The Trains and Toy Soldiers of Lincoln, Nebraska, has been helpful in promoting awareness for collectors to collect the vintage Lionel model trains. Trains toy enthusiasts often buy collections of vintage model trains, which make them an excellent first stop place to locate hard to get historical items to build their collection.