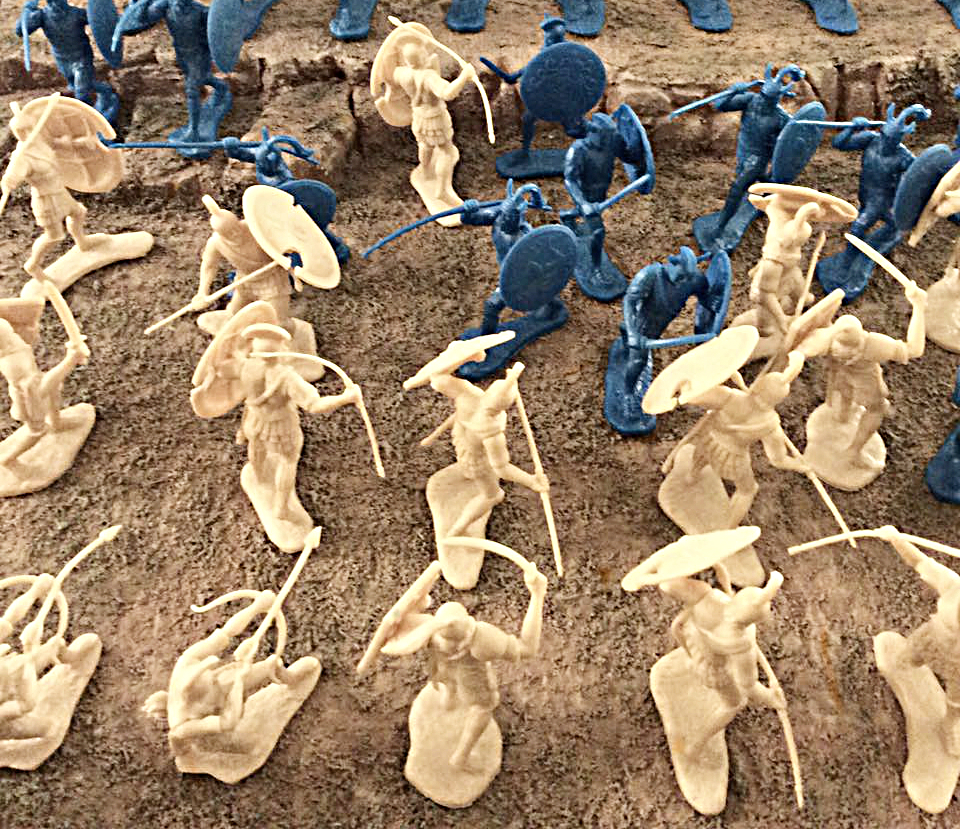 The moment we saw the quality and uniqueness of LOD plastic toy soldiers. We knew that these items would be extremely popular. The War at Troy is an important cultural cornerstone of western civilization. When the Illad by Homer was written ~1880 B.C., the Greek or as the Homer refers to them in the Illiad the Achaeans were not intellectual or architectural leaders of the world that they would become. The great buildings such as the Parthenon and great thinking such as Aristotle would not enter Greek history for another thousand years.

In 1880 BCE, the Mediterranean world most powerful empire was the Egyptians and Khakheperre Senusret II ruled the middle kingdom. The historical Trojan War was more likely fought over trading routes and fishing privileges, than beautiful woman and the whims of the gods. In this case, the historical case for the Trojan War are unimportant though because the most important consequence of that war is Iliad and Odyssey.

These the legends that arose from those battle and narrative that Homer drew from those legends provide one the earliest examples of the ideals of honor, bravery, and duty. These ideals are far more complex than might seem at first glace. Achilles refusal to fight the Trojans because his personal honor has been offended by Agamemnon, the leader of the Greeks raises timeless questions about the duties of the individual compared to the group which are still debated over three thousand years later. Hector is another dynamic character though on the opposing and ultimately defeated side his person virtues are highlighted more than some of the Greek characters. The complex relationships and timeless questions influenced not only the development of the grandfathers of democracy, but generations of thinkers and young leaders through out the western world. The Toy Soldiers LOD Enterprises "War at Troy" allow the collector to gain a new perspective of one western civilizations greatest literary works.

One of highlights of "The War at Troy" collection is attention to detail in the armor and weaponry that military miniatures are equipped. Bronze Age combat was likely a savage and chaotic affair and the tactics that help the Greek city states and the later soldiers of Alexander the great conquer vast areas had not been developed. The ritual duels that are described in the Iliad do match archaeological discoveries of the period. A Greek or Trojan soldier would likely have been equipped with a spear, shield, and short sword for close quarters combat. The quality of the armament undoubtedly varied greatly between warriors and better equipment might mean the difference between life and death. Knowing this fact, helps with understanding the long passage devoted to the description of armor of the heroes. The design of the Greek shields matches the depiction found on ancient Grecian pottery.

Trains and Toy Soldiers is confident that these new plastic military minitures will make a great addition to your collection. 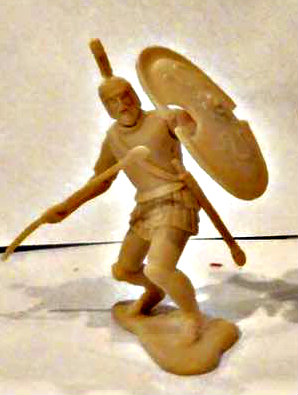 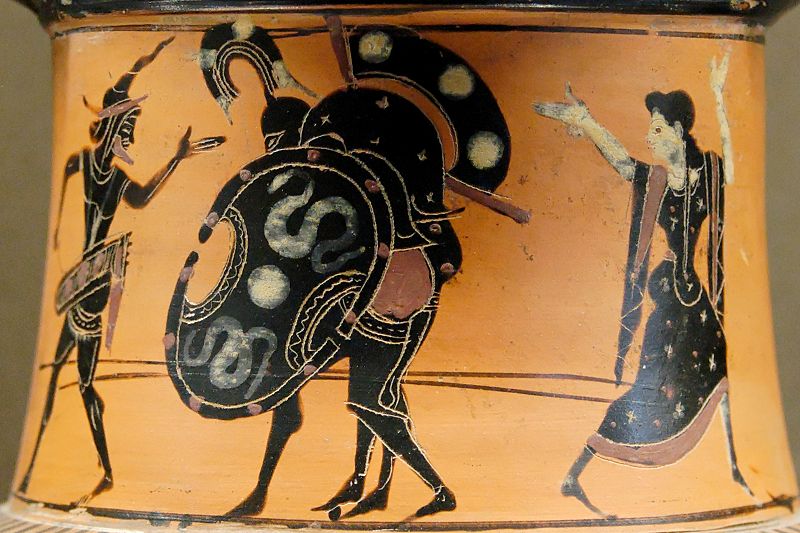