Today is Martin Luther King Jr. Day! Dr. Martin Luther King Jr. is the only non-president to have a national holiday dedicated to him. Dr. King was a champion of racial and economic equality and “is widely regarded as America’s pre-eminent advocate of nonviolence and one of the greatest nonviolent leaders in world history” (The King Center). His “I Have a Dream” speech and “Letter from a Birmingham Jail” are among his most well-known works, but there is much more to him than we often remember on the surface.

Charles M. Blow writes for the New York Times, “I had been taught only the “Dream” King. That is what America wants King to remain: Frozen in perpetual optimism, urging more than demanding, appealing to America’s better angels rather than ruthlessly calling out its persistent demons. But, that must not be done. That must not be done. As King said in a 1967 interview when asked about the “Dream” speech, after much soul-searching he had come to see that “some of the old optimism was a little superficial, and now it must be tempered with a solid realism.”” 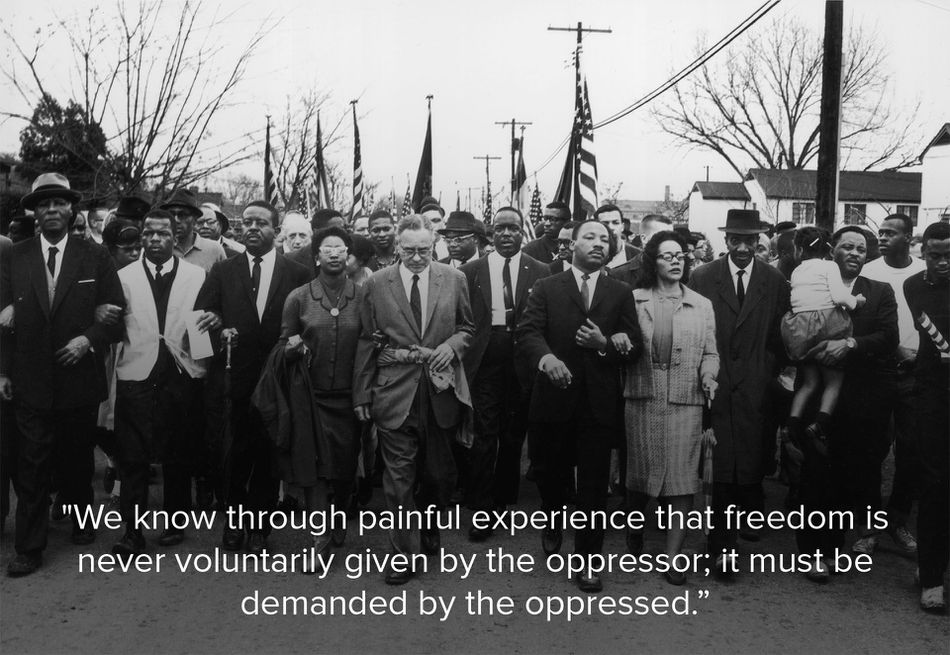 Dr. King wrote in 1963, "We know through painful experience that freedom is never voluntarily given by the oppressor; it must be demanded by the oppressed" (Mashable).

In a 1967 speech given at Stanford University called “The Other America,” “King blasted “large segments of white society” for being “more concerned about tranquility and the status quo than about justice, equality, and humanity.” He slammed what he called the “white backlash” for being the cause of black discontent and demands for black power, rather than the result of it, calling it “merely a new name for an old phenomenon.” And he declared that true integration “is not merely a romantic or aesthetic something where you merely add color to a still predominantly white power structure”” (Blow).

Below is an excerpt from Dr. King’s “Letter from Birmingham Jail”:

"First, I must confess that over the last few years I have been gravely disappointed with the white moderate. I have almost reached the regrettable conclusion that the Negro's great stumbling block in the stride toward freedom is not the White Citizen's Council-er or the Ku Klux Klanner, but the white moderate who is more devoted to "order" than to justice; who prefers a negative peace which is the absence of tension to a positive peace which is the presence of justice; who constantly says "I agree with you in the goal you seek, but I can't agree with your methods of direct action;" who paternalistically feels he can set the timetable for another man's freedom; who lives by the myth of time and who constantly advises the Negro to wait until a "more convenient season."

"In spite of my shattered dreams of the past, I came to Birmingham with the hope that the white religious leadership of this community would see the justice of our cause, and with deep moral concern, serve as the channel through which our just grievances would get to the power structure. I had hoped that each of you would understand. But again I have been disappointed. I have heard numerous religious leaders of the South call upon their worshippers to comply with a desegregation decision because it is the law, but I have longed to hear white ministers say, "follow this decree because integration is morally right and the Negro is your brother." In the midst of blatant injustices inflicted upon the Negro, I have watched white churches stand on the sideline and merely mouth pious irrelevancies and sanctimonious trivialities. In the midst of a mighty struggle to rid our nation of racial and economic injustice, I have heard so many ministers say, "those are social issues with which the gospel has no real concern.", and I have watched so many churches commit themselves to a completely other-worldly religion which made a strange distinction between body and soul, the sacred and the secular.

So here we are moving toward the exit of the twentieth century with a religious community largely adjusted to the status quo, standing as a tail-light behind other community agencies rather than a headlight leading men to higher levels of justice" (King, "Letter From The Birmingham Jail,” 1963). 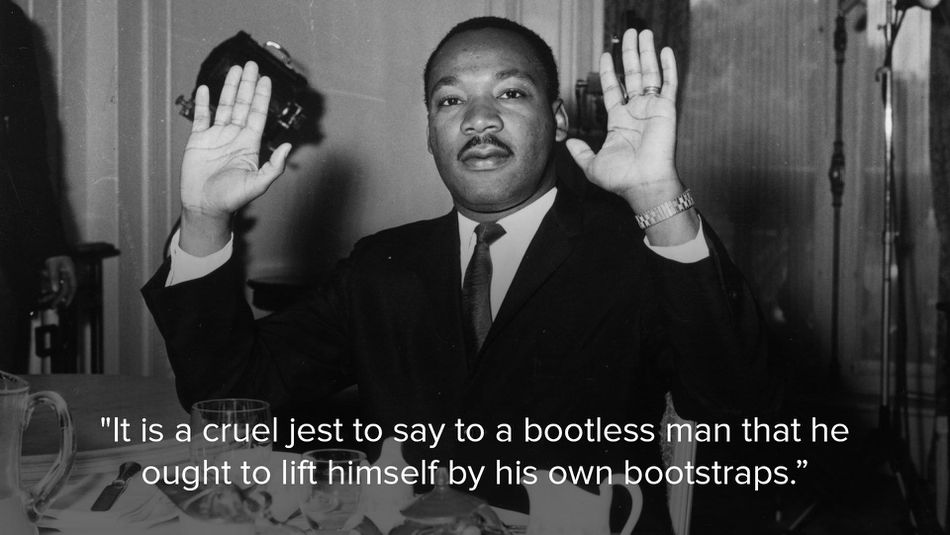 “In addition to racial justice, King was a fierce advocate for the rights of the poor. Very aware of the intersection of race and class, he organized the Poor People's Campaign to fight for economic justice in the United States” (Mashable). In 1968, Dr. King stated, "It is a cruel jest to say to a bootless man that he ought to lift himself by his own bootstraps."

“Dr. Martin Luther King, Jr.’s less than thirteen years of nonviolent leadership ended abruptly and tragically on April 4th, 1968, when he was assassinated at the Lorraine Motel in Memphis, Tennessee. Dr. King’s body was returned to his hometown of Atlanta, Georgia, where his funeral ceremony was attended by high-level leaders of all races and political stripes” (The King Center).

MLK’s legacy is strong, and it is also often simplified. Let us strive today to remember Dr. King in all his complexity, and to reflect on and contribute to the fight for equality that continues today.