During the WWII period, American propaganda was very important, and this is why they had to showcase exactly what happened in the country. This particular piece of propaganda, named Military Trains Loaded for War - 1940's American Railroads in WW2 showcases the high amount of effort that people put on the railroad systems and how these were incredibly important for our society as a whole.

The interesting thing to keep in mind about the railroads is that they had to bring supplies and other war-related items to various regions of the country. Then these were sent out by plane, and they eventually reached the troops all over the globe, in regions like Japan or Germany.

It was definitely a major effort from the railroad operators at that time. As you can imagine, the number of supplies they had to manage at that time was unprecedented and definitely unlike nothing that was ever seen at such a time. But then again, it goes to show the true importance of the railroads and how something so pivotal to the US became extremely important in the entire world.

While studying this short documentary, you will be quite impressed with the propaganda showcased here. It goes to show that the US was working very hard to eliminate all the Germans and they worked extremely hard to make all the dreams of having a free country a reality. But it did come with its own set of problems because shipyards and airplanes, as well as troops on the land, needed supplies and help from the railroad.

What you will notice in this video is a constant struggle as the teams of railroad professionals tried to solve everything as fast as possible. This clearly showcases the true problems of our nations and how it was so hard to deal with the struggle during the war.

Everyone tried to help the best they could; it was a unanimous effort and a challenging way for them to get the outcome that they needed. It’s very important to note from this propaganda video that people received a clear message.

The US offered all support which was needed by the troops, and they worked extremely hard to ensure that everything would work the way it was supposed to. And while there were some challenges along the way, the results on their own were very significant.

It’s hard to understand just how much struggle people had during those times, even if the war didn’t enter the country that much. At least physically. But the atmosphere and the fact that we had numerous people outside the country fighting for their lives did connect with everyone.

The Military Trains Loaded for War - 1940's American Railroads in WW2 video is a great piece of memorabilia that shows the patriotism and hard work that was put in by the Railroad teams. It was a significant effort and one that actually helped win the war! 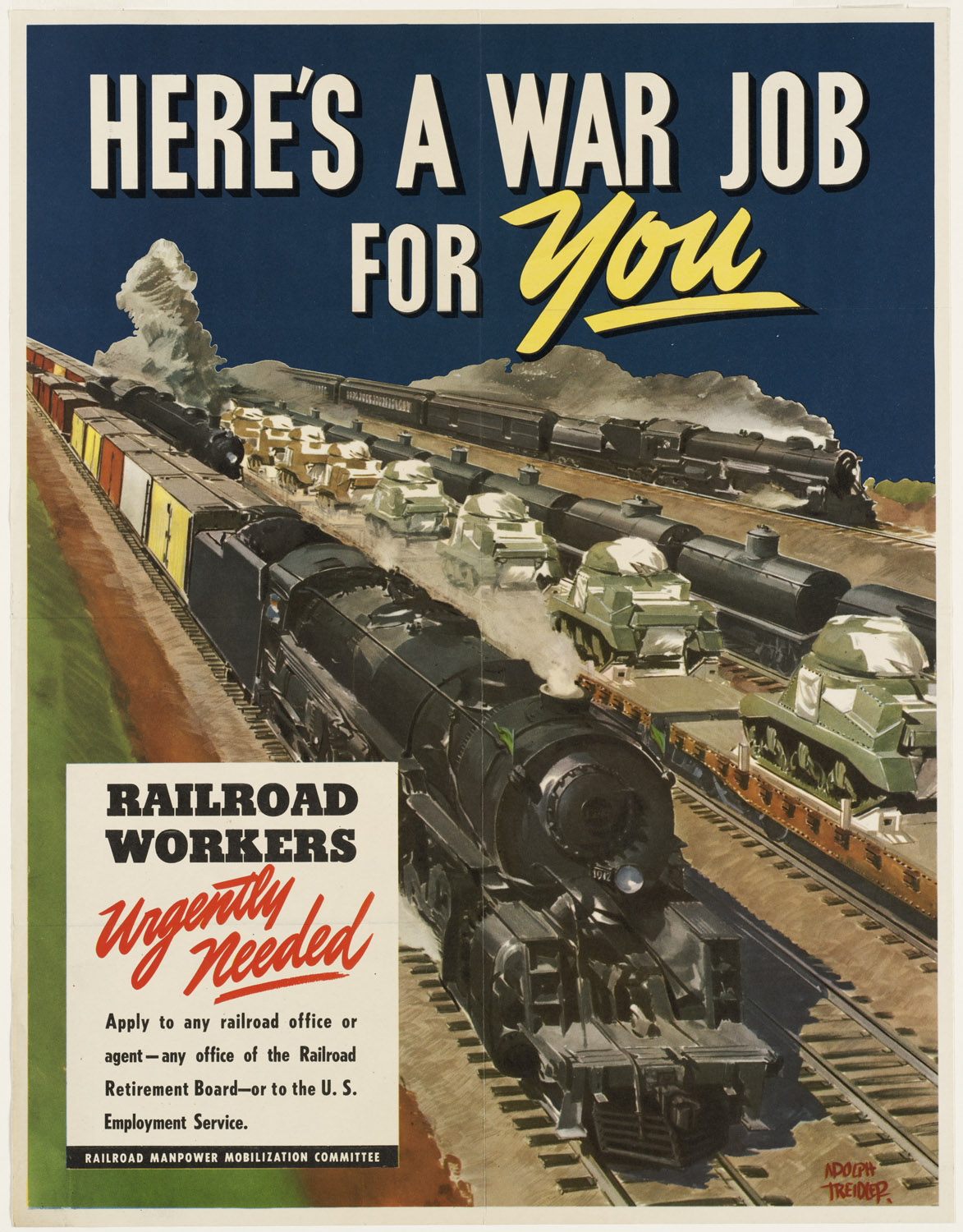