On December 29, 1890, the U.S. cavalry massacred nearly 300 Lakota Indians (also known as Teton Sioux), nearly half women and children, in Wounded Knee Creek in South Dakota. The American army had been implementing a regime of suppressing and assimilating Native Americans. The U.S. government had been seizing Lakota lands and forcing Native Americans to stay on reservations, abandoning all their cultural practices and languages or facing brutal punishment. According to Encyclopedia Britannica, “The Lakota were required to adopt Western dress, learn English, observe Christian principles, and abandon traditional religion. This process of forced assimilation hacked away at Lakota culture and identity, and the government rations program in particular made reservation life impractical to escape. Without access to their large swaths of hunting grounds, the Lakota were forced to rely on government-issued rations for survival. In 1889 the U.S. Congress slashed the annual Lakota rations budget. When combined with the harsh winter and drought of 1889–90, the tribe was pushed to the brink of starvation.”

In 1890, the Ghost Dance movement had a resurgence in the Plains. Encyclopedia Britannica states that Ghost Dancing “experienced a revival in 1889 under the leadership of a Paiute prophet named Wovoka, whose father, Tavibo, had been a prominent devotee of the first Ghost Dance and taught his son about the religion. Wovoka was also raised among white ranchers who exposed him to Christianity. During a total solar eclipse on January 1, 1889, Wovoka fell unconscious and experienced a dream that he believed was prophetic. According to his millenarian interpretation, God told him that the Indians needed to remain peaceful and regularly perform a ritual circle dance. If they followed these instructions, then in 1891 God would return the earth to its natural state prior to the arrival of European colonists. He would bury the white settlers under 30 feet (9 metres) of soil and would raise Indian ancestors from the dead. This was an enticing promise for many of the Plains Indians, but Wovoka’s prophetic message struck an especially strong chord among the destitute Lakota. They modified the Ghost Dance to address the intense violence they had endured at the hands of white settlers and the U.S. Army, incorporating white "ghost shirts" painted with various symbols that they believed would protect them from bullets. Not all Lakota took up the Ghost Dance, but it grew in popularity on the reservations throughout much of 1889 and 1890.”

In August of 1890, Daniel F. Royer became the head of the Pine Ridge Agency. He arrived at his post in October. Unlike some other federal officers, Royer was intolerant of Ghost Dancing and demanded that the military address the matter. In November, the U.S. army arrived on Lakota reservations to stop Ghost Dancing, in what may have been the largest deployment of federal troops since the end of the Civil War. Sitting Bull, a “Hunkpapa Lakota chief and spiritual leader who had led the Lakota and Northern Cheyenne to victory in 1876 against the U.S. Army at the Little Bighorn” (Encyclopedia Britannica), some of whose followers practiced Ghost Dancing, was arrested and killed. Sitting Bull’s death elicited fear in many Lakota, and many gathered in the Stronghold region of South Dakota to prepare for the U.S. army’s attack. Others fled to Pine Ridge, where a cavalry intercepted the Miniconjou Lakota chief Sitanka (known to the white Americans as Big Foot, who was also not a Ghost Dancer himself), confiscated the weapons of his band, and escorted them to a military prison in Omaha, Nebraska.

On December 29, the 7th Cavalry, commanded by Col. James W. Forsyth, “surrounded a band of Ghost Dancers under the Sioux Chief Big Foot near Wounded Knee Creek and demanded they surrender their weapons. As that was happening, a fight broke out between an Indian and a U.S. soldier and a shot was fired, although it’s unclear from which side. A brutal massacre followed,” slaughtering as many as 300 Teton Sioux (History.com), almost 50 percent women and children.

Encyclopedia Britannica says the following about the aftermath of the massacre:

“Immediately following the massacre, Forsyth ordered the transportation of 51 wounded Miniconjou to the Pine Ridge Agency. Hundreds of Lakota who lived there fled the area in horror; some even ambushed the 7th Cavalry in retaliation, prompting Miles to dispatch more troops to the area to quell further resistance. On January 2, 1891, a band of Lakota went to the site of the massacre and rescued a few survivors from the snow. The following day the U.S. Army unceremoniously buried 146 Miniconjou in a mass grave where the Hotchkiss guns had been placed, a location today known as Cemetery Hill. Many of the corpses were naked. Modern scholars estimate that between 250 and 300 Miniconjou were killed in total, almost half of whom were women and children. At least 25 U.S. soldiers also died, many likely fallen to friendly fire.

The BIA attempted to portray the destruction at Wounded Knee as a battle, but later investigations and eyewitness accounts clearly established the event as a massacre. There was no significant armed resistance, because of the weapons confiscation, and the U.S. Army combatants significantly outnumbered the Miniconjou present. It is plausible that the 7th Cavalry committed this atrocity to avenge their humiliation at the Little Bighorn. Miles was appalled at their actions, stripped Forsyth of his command, and conducted an investigation of the events. However, Forsyth was deemed innocent and restored to his former post. Furthermore, 20 U.S. cavalrymen received a Congressional Medal of Honor, the highest honour conferred upon a member of the U.S. armed forces. In June 2019 several members of the U.S. House of Representatives introduced the Remove the Stain Act, a bill that would rescind those awards. The measure was cosponsored by Rep. Deb Haaland, one of the first American Indian women to serve in Congress.

The Wounded Knee Massacre marked the last major armed conflict between the United States and the Plains Indians. The Ghost Dance religion sputtered out, with Wovoka himself begging his people to follow “the only trail now open—the white man’s road.” In February 1973, however, some 200 American Indian Movement activists occupied the hamlet at Wounded Knee to alert the public to persistent civil rights violations on the Pine Ridge Reservation. They declared it the “Independent Oglala Sioux Nation” and refused to leave until the U.S. federal government ousted the presiding Sioux chairman, promised to honour all Indian treaties, and corrected the treatment of American Indians throughout the country. Federal troops besieged the area for 71 days, reaching a half-hearted settlement only after two deaths and several exchanges of gunfire. Despite the hundreds of arrests that followed, the activists achieved their goal of drawing attention to the United States’ repeated infringement upon American Indian rights and sovereignty.”

The American government and military has waged a long, sometimes insidious war against Native Americans, and that struggle continues today. There are ongoing campaigns for justice for the numerous tribal nations that have been, and continue to be, oppressed by colonial America. The Lakota People’s Law Project is one organization campaigning for justice for the Lakota: “Dedicated to reversing the slow genocide of the Lakota People and destruction of their culture, the Lakota People’s Law Project partners with Native communities to protect sacred lands, safeguard human rights, promote sustainability, reunite indigenous families, and much more.” You can find out more about how to join the Lakota People in pursuing justice by supporting children and their families, preventing pipelines, protecting free speech, and more on their website, Lakotalaw.org. 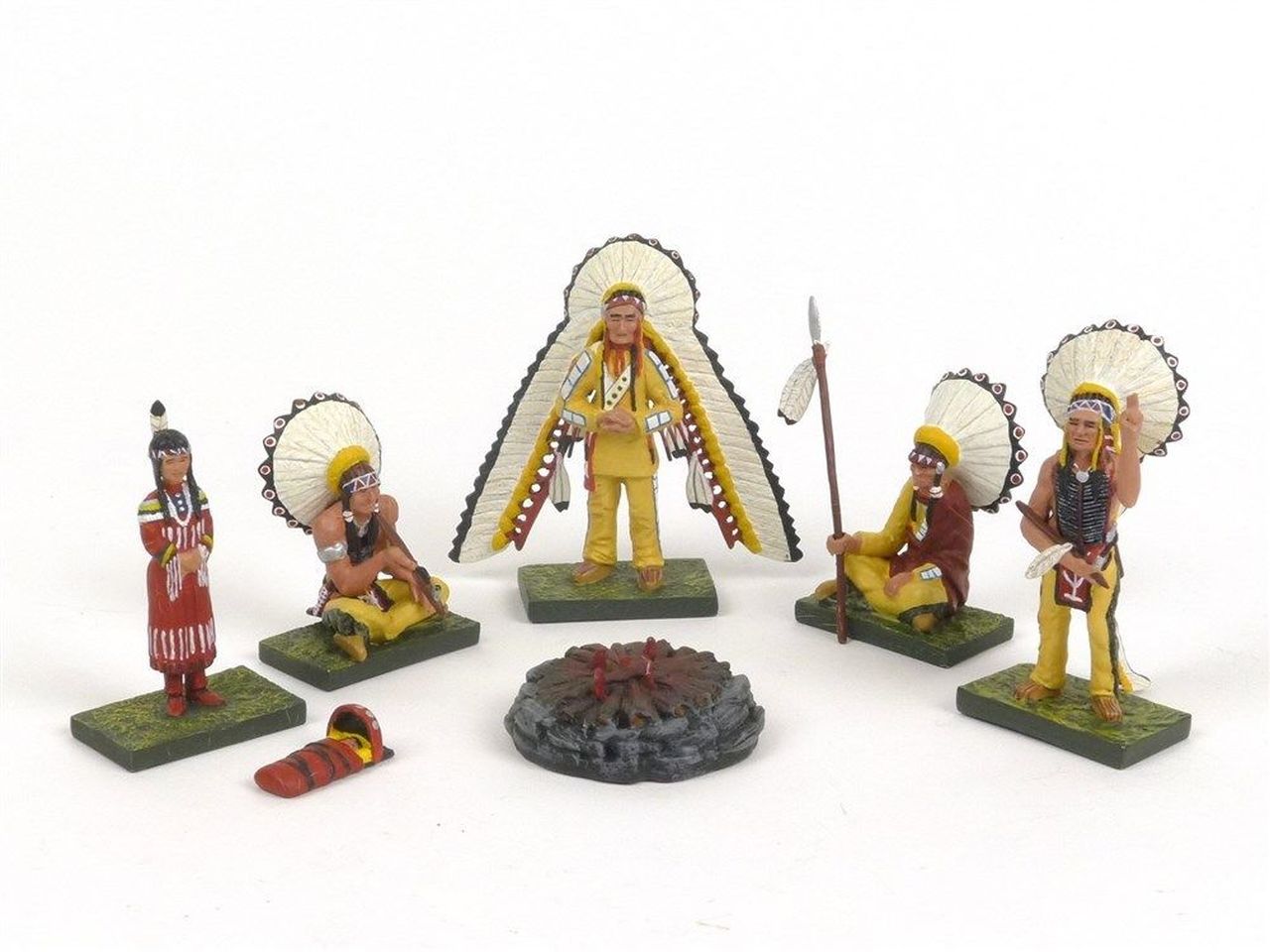