Lionel Train began a golden age after the Second World War. The electric model train company accomplished two advancements in rail technology development in 1945. Firstly, Lionel achieved development of an automatic knuckle coupler. This system is an arrangement of trip devices in appropriate places of the track that triggers an onboard electromagnet. Secondly, in the following year, a steam locomotive which produced puffing smoke was introduced. The use of ammonium nitrate pellet designed for the train’s headlight to create nitrogen oxide allowed the smoke to form.

The 6-8-6 wheel configuration, black huge Train No. 671, was one of the early set postwar trains. The train cars had radio receivers created to activate coupling and uncoupling of cars. The Train No.671 was intended to function as a wireless train; however, it fell short of expectations. Despite the failure, attempting to put the latest technology into their products showed what a dynamic and exciting company was after the war. 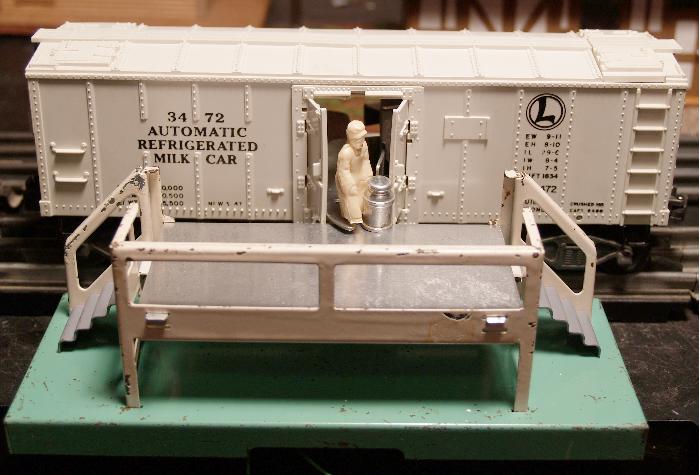 Lionel came up with an Automatic Milk Car in 1947 to increase the play value in layouts. It comes with a little man that came out of the car to push milk cans onto a stationed platform. Lionel had other great collectible vintage accessories such as a magnetic crane, water tower, coal elevator, and watchman on duty. Collectors have always put a premium on these post-war accessories.

In 1948, Lionel’s No. 728 and 20-wheel GG-1 were introduced. These electric model locomotives could be powered from either the overhead lines or the third rail on the tracks. No. 728 shares the make and name of the Pennsylvania train created by the industrial designer Raymond Loewy.

Lionel launched the ZW transformer to power its latest diesel line in 1948. The ZW transformer had enough energy (275 watts) to drive four model trains at once. The ending of the 1940s and early 1950s heralded Lionel’s latest design, the Magne-Traction. The new model increases the engine’s pulling power, speed and control using the magnet.

Lionel started reaping its deserved investment efforts starting from the 1950s. It became the worlds largest manufacturer of toys by 1953 and as the years go by, more great machines are produced. The emerging improvements cut across every facet of its activities. And the No. 746 Norfolk & Western, a strong-looking streamline steamer graced with elegant lines was introduced in 1957.

What do you want us to cover next on Talking Trains? Please leave your comments here or on our Facebook page.