Thomas Gunn Miniatures has released some great new toy soldiers. If you want use to special order any these military miniatures from Thomas Gunn or any other toy soldiers just give us a call at 1-800-786-1888 or drop us a note here. Remember now through the end of the 2016 all orders over $55 dollars qualify for free shipping inside the Continental USA.

SPA001: Our most updated series of Ancients the Spartans now have a wonderfully painted figure. We made hundred of these Figures and if the market requires it, we will create an additional set in the time being, we have this.

Remember the spear on this figure has been recreated to point at the two ends to show an ancient design of Greek fighting spear.

Before moving onto the enemies of Greece like the Persian Army, we have sculpted new 6 Spartans. And for the time to come, this is an exciting choice from the poses and colour ideas to be available on offer very soon. It is available now for $49.

We continue to expand our Romans series with valuable and flexible extras. The year 2017 will see more addition to the great looking figures of 2016. As demanded by our esteemed customers, these additions will include a War Elephant, Testudo and Command Tent with Emperor and Praetorian guards. For future addition, Auxiliary Infantry and cavalry are being planned including the much-expected enemies of Rome. We have a few pieces left of the black shield variants, and remember that we are nearly out and down to single figures of these variants. 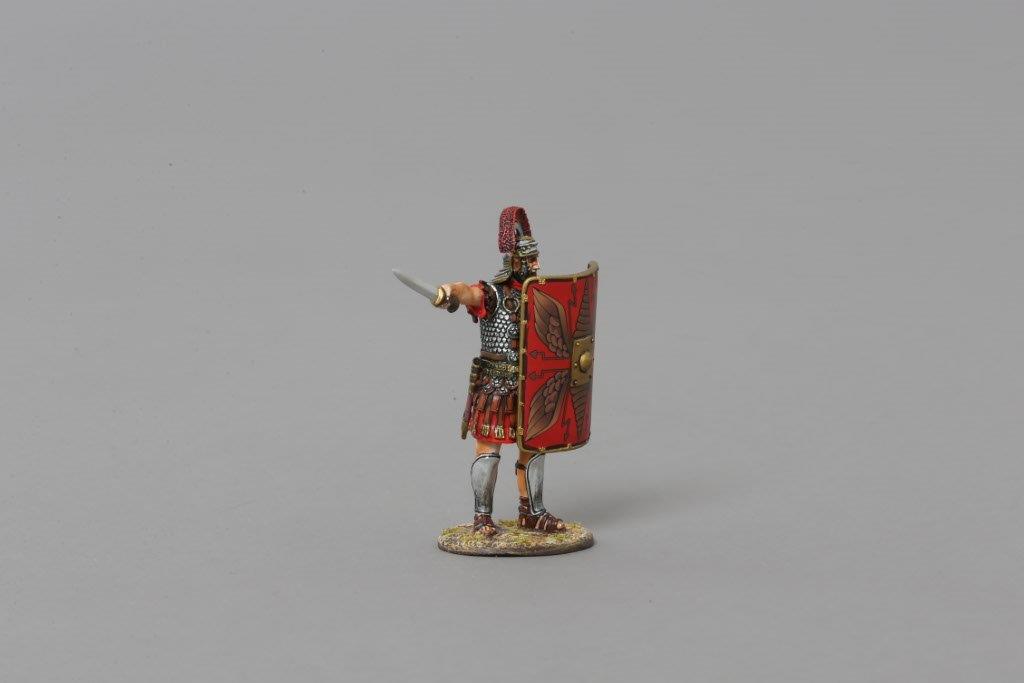 ROM015: A Centurion mobilizes his men to a fight. Yes, this is likely among the best painted and detailed Figures we have had to date. This level of extreme detail is rarely found at only $55.. Three varieties exist including the unlimited red shield Minerva Legion, the 9th and 30th lack shield Legion remaining 100 pieces, all priced at $49. Note that we are out of stock of the B variety, although we will soon have them. 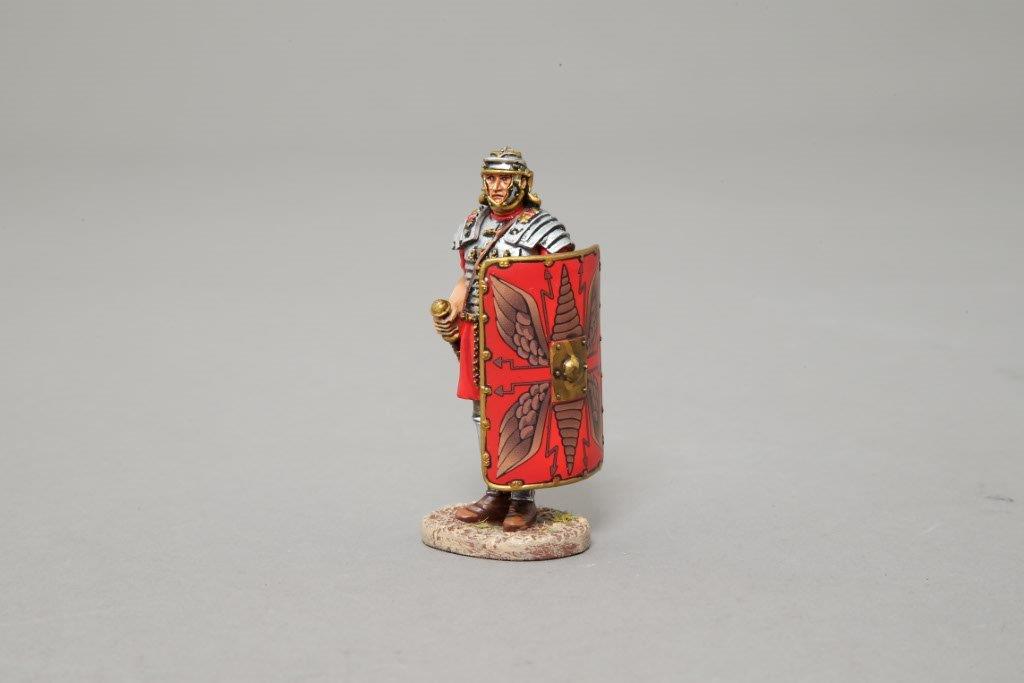 ROM024: this is the new version of ROM019 but without the leg armor and well-made bag for more options to your recent ROM019 marching figures. Three varieties are available at the cost of $49 a figure. Please remember we do not currently have the B version in stock but we will very soon. 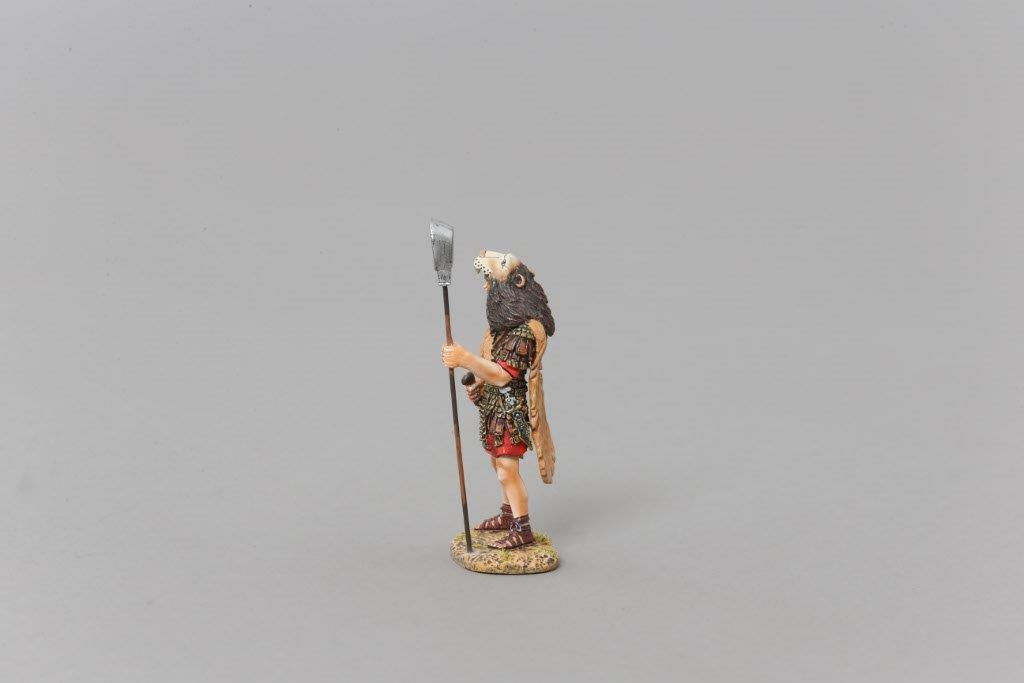 ROM027A: One of the Signiferi of Legion tasked with carrying the image of the Emperor in Roman Empire times is the Imaginifer. At only $55, it is a must have. 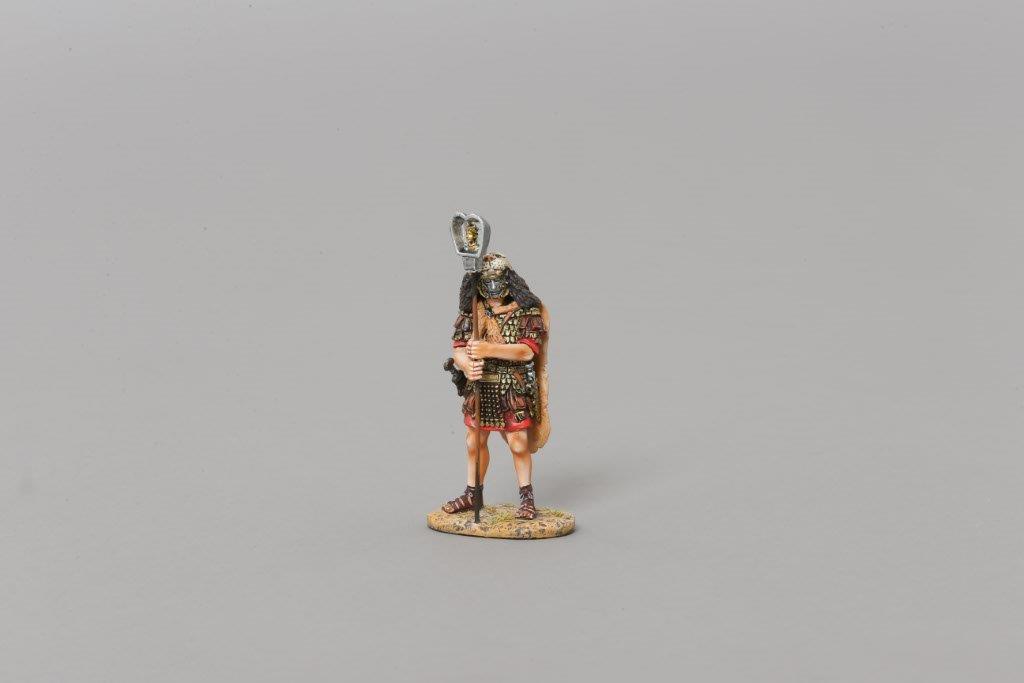 ROM027B: The most prominent soldier in a legion who carries the Legions Eagle is an Aquilifer. It’s available for $55.

ROM028B: The action-oriented silver parade face mask stands to know as Imaginifer is also available at $55.

RAF002: We have a limited number of RAF Sentry stand guards, about 100 pieces. A Figure is available for $41. 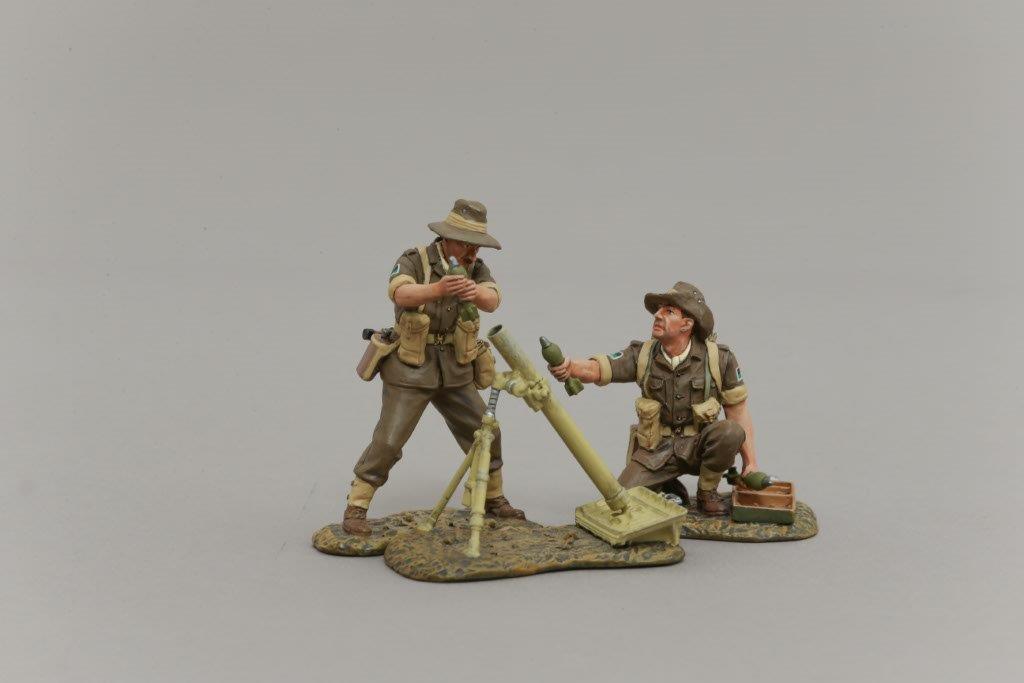 RS042B: The not too long released Aussie jungle mortar team, the desert version has about 100 pieces left, sold per 2 figure set and mortar at $95.

Make sure you take a moment to look over the Thomas Gunn Miniatures that we have in stock and ready to ship.Trains and Toy Soldiers and the the Gunn team wishes you the best this Christmas Season.