Trains and Toy Soldiers just received a shipment from Cunnyngham Collectibles that just arrived today at a great price. We will be passing those saving on to you with special pricing for a limited time. We will also have a few of our favorite plastic toy soldiers form Toy Soldiers of San Diego also known as TSSD.

Trains and Toy Soldiers knows that people hope to find great deals at Toy Soldier Shows and we want to help meet your expectations. So I will tell you a secret, but promise not to tell anyone else, W Britain 23088 A Friendly Game - 1914 Christmas Truce Soccer Set No. 1, No Man's Land Soccer Match which normally sells for $95 and W Britain Soldiers 23086 Look At Him Go - 1914 Christmas Truce Set No. 2 which normally sells for 79.95 will be at the show, but at an outstanding show price of $25 for either set. That means you can save 68% on W Britain Soldiers 23086 Look At Him Go and you can save 74% on W Britain 23088 A Friendly Game. Please note we will be bringing 12 of each of these items to the show make sure you get there early. 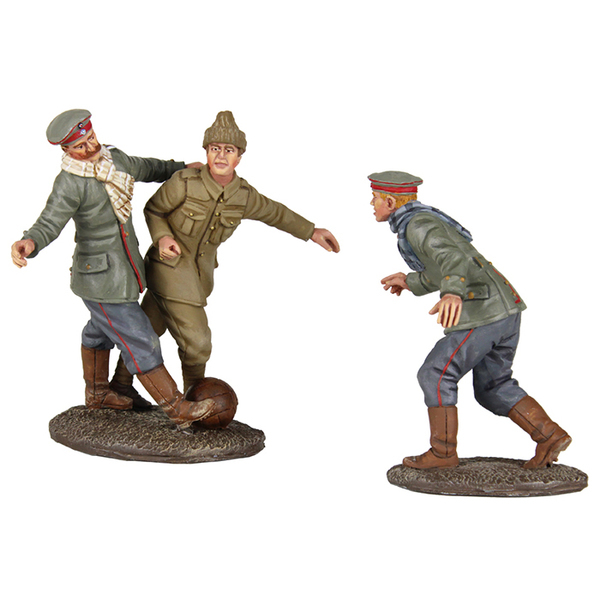 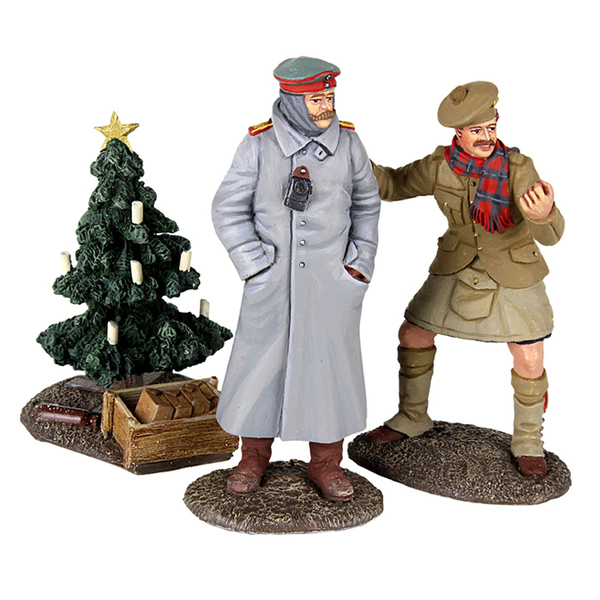