This week in our history and product spotlight, we're focusing on Vikings.

“Vikings were Scandinavians, who from the late 8th to late 11th centuries, raided and traded from their Northern European homelands across wide areas of Europe, and explored westwards to Iceland, Greenland, and Vinland. The term is also commonly extended in modern English and other vernaculars to include the inhabitants of Norse home communities during what has become known as the Viking Age, 798–1066 AD. This period of Nordic military, mercantile, and demographic expansion constitutes an important element in the early medieval history of Scandinavia, Estonia, the British Isles, France, Kievan Rus' and Sicily. 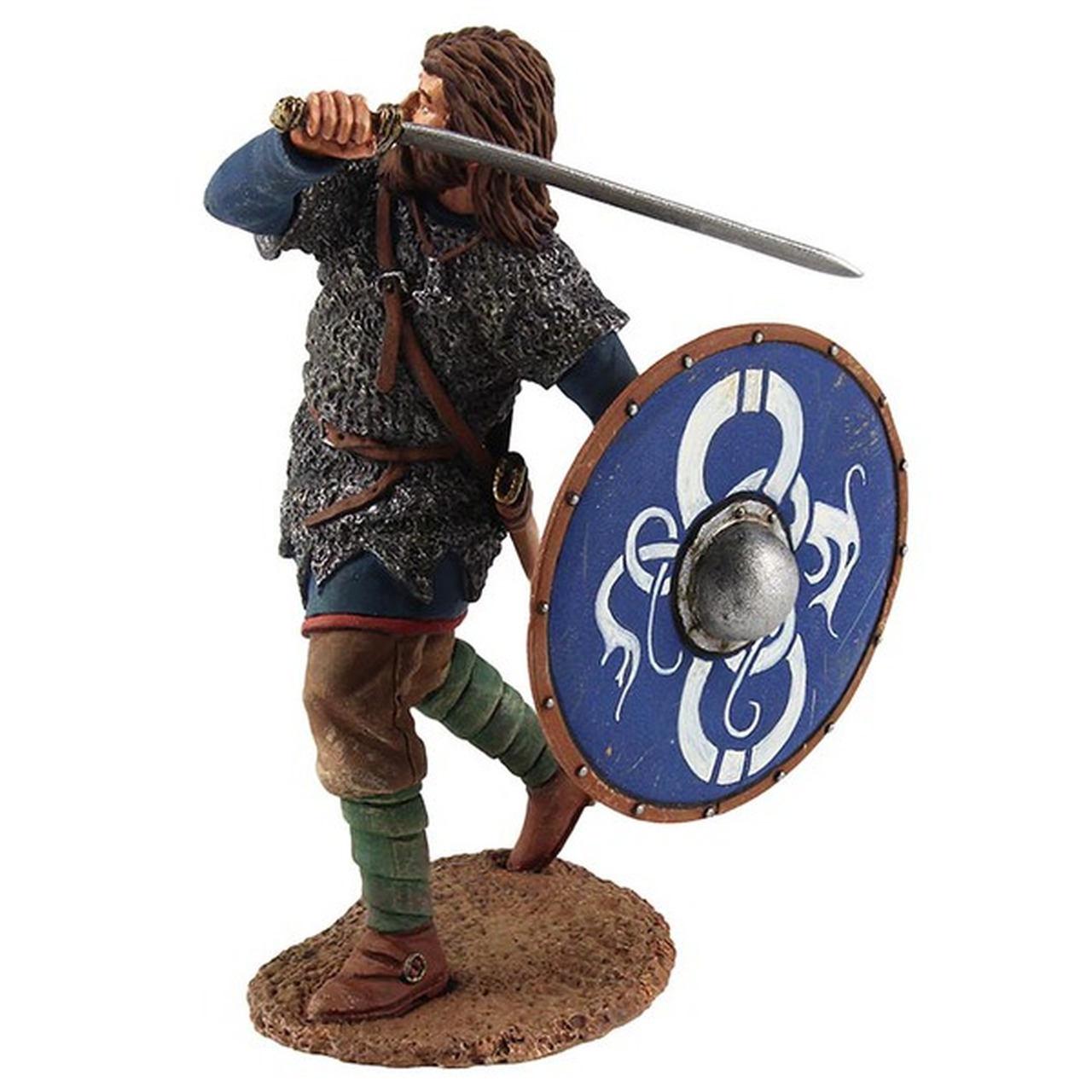 Facilitated by advanced sailing and navigational skills, and characterized by the longship, Viking activities at times also extended into the Mediterranean littoral, North Africa, and the Middle East. Following extended phases of primarily sea- or river-borne exploration, expansion and settlement, Viking (Norse) communities and governments were established in diverse areas of north-western Europe, Belarus, Ukraine and European Russia, the North Atlantic islands and as far as the north-eastern coast of North America. This period of expansion witnessed the wider dissemination of Norse culture, while simultaneously introducing strong foreign cultural influences into Scandinavia itself, with profound developmental implications in both directions.

Popular, modern conceptions of the Vikings—the term frequently applied casually to their modern descendants and the inhabitants of modern Scandinavia—often strongly differ from the complex picture that emerges from archaeology and historical sources. A romanticized picture of Vikings as noble savages began to emerge in the 18th century; this developed and became widely propagated during the 19th-century Viking revival. Perceived views of the Vikings as alternatively violent, piratical heathens or as intrepid adventurers owe much to conflicting varieties of the modern Viking myth that had taken shape by the early 20th century. Current popular representations of the Vikings are typically based on cultural clichés and stereotypes, complicating modern appreciation of the Viking legacy. These representations are not always accurate—for example, there is no evidence that they wore horned helmets, a costuming element that first appeared in Wagnerian opera. 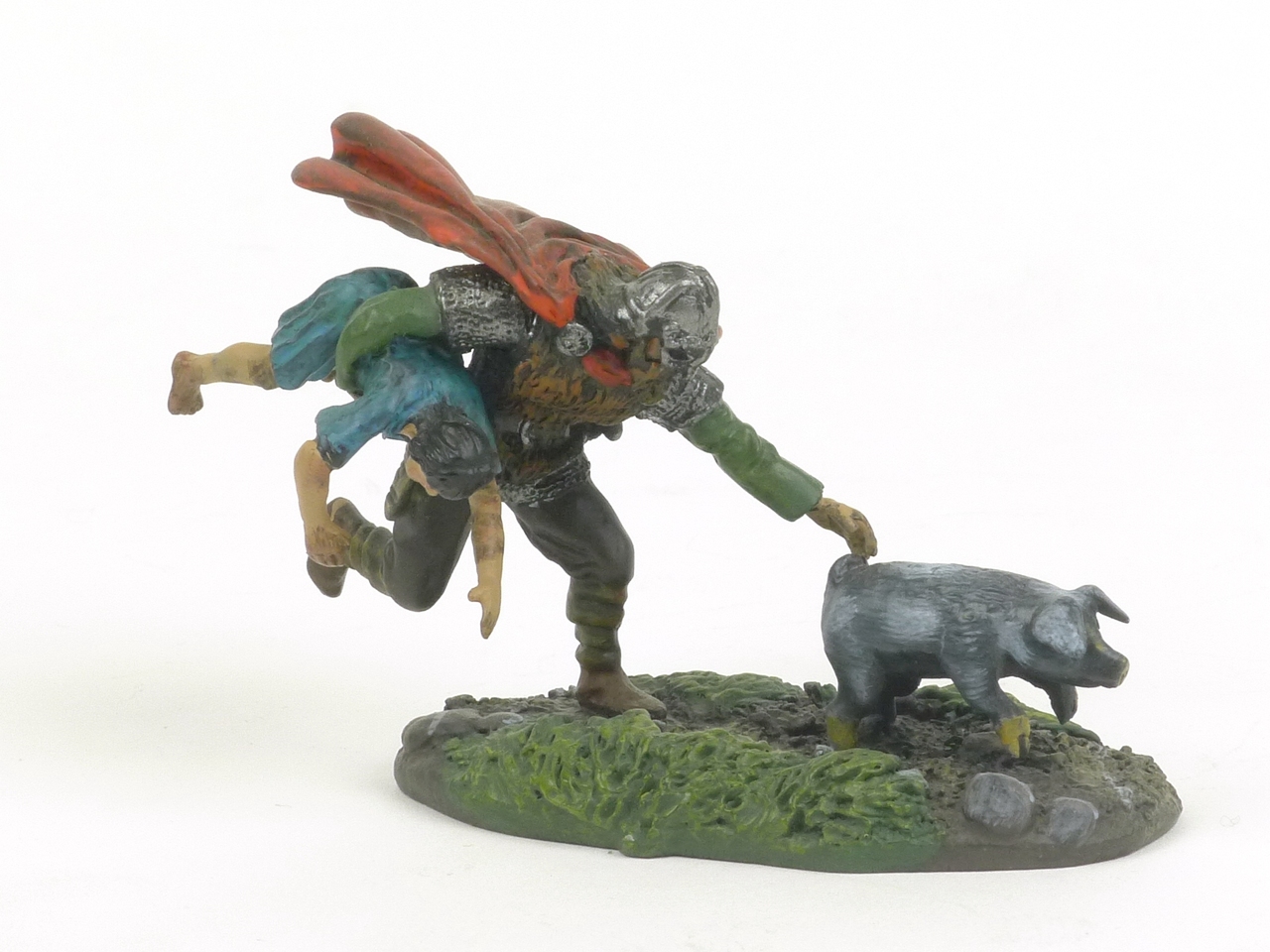 The period from the earliest recorded raids in the 790s until the Norman conquest of England in 1066 is commonly known as the Viking Age of Scandinavian history. Vikings used the Norwegian Sea and Baltic Sea for sea routes to the south. The Normans were descended from Vikings who were given feudal overlordship of areas in northern France—the Duchy of Normandy—in the 10th century. In that respect, descendants of the Vikings continued to have an influence in northern Europe. Likewise, King Harold Godwinson, the last Anglo-Saxon king of England, had Danish ancestors. Two Vikings even ascended to the throne of England, with Sweyn Forkbeard claiming the English throne in 1013–1014 and his son Cnut the Great becoming king of England 1016–1035.

Geographically, a Viking Age may be assigned to not only Scandinavian lands (modern Denmark, Norway and Sweden), but also territories under North Germanic dominance, mainly the Danelaw, including Scandinavian York, the administrative center of the remains of the Kingdom of Northumbria, parts of Mercia, and East Anglia. Viking navigators opened the road to new lands to the north, west and east, resulting in the foundation of independent settlements in the Shetland, Orkney, and Faroe Islands; Iceland; Greenland; and L'Anse aux Meadows, a short-lived settlement in Newfoundland, circa 1000. The Greenland settlement was established around 980, during the Medieval Warm Period, and its demise by the mid-15th century may have been partly due to climate change. The Viking Rurik dynasty took control of territories in Slavic and Finno-Ugric-dominated areas of Eastern Europe; they annexed Kiev in 882 to serve as the capital of the Kievan Rus'.

As early as 839, when Swedish emissaries are first known to have visited Byzantium, Scandinavians served as mercenaries in the service of the Byzantine Empire. In the late 10th century, a new unit of the imperial bodyguard formed. Traditionally containing large numbers of Scandinavians, it was known as the Varangian Guard. The word Varangian may have originated in Old Norse, but in Slavic and Greek it could refer either to Scandinavians or Franks. The most eminent Scandinavian to serve in the Varangian Guard was Harald Hardrada, who subsequently established himself as king of Norway (1047–1066).

There is archaeological evidence that Vikings reached Baghdad, the center of the Islamic Empire. The Norse regularly plied the Volga with their trade goods: furs, tusks, seal fat for boat sealant, and slaves. Important trading ports during the period include Birka, Hedeby, Kaupang, Jorvik, Staraya Ladoga, Novgorod, and Kiev.

Generally speaking, the Norwegians expanded to the north and west to places such as Ireland, Scotland, Iceland, and Greenland; the Danes to England and France, settling in the Danelaw (northern/eastern England) and Normandy; and the Swedes to the east, founding Kievan Rus'. Among the Swedish runestones mentioning expeditions overseas, almost half tell of raids and travels to western Europe. According to the Icelandic sagas, many Norwegian Vikings also went to eastern Europe.

“At the heart of the Viking culture lies the Viking ship. These extraordinary vessels — longships in particular — shaped the lives of the sea-faring Norse and changed the course of European history.

Honed for more than 10 centuries, the ship-building skills of the Norse led to a variety of vessels — from small fishing boats and big-bellied cargo vessels to the famous lightning-fast longships used for raiding. But no matter the size, most of the ships were designed to be narrow in shape with short drafts (vertical distance between waterline and bottom of ship), features that gave them high adaptability for use in the ocean and rivers.

The Vikings' ship-building craft reached a high point in the 7th century when they invented the keel, a structural beam that runs from the bow to the stern and sits lower than the main body of the ship. This feature increased speed and stability and prevented unwanted lateral movement, according to Yachting & Boating World. The keel, along with the addition of a large mast and sail, would ultimately allow the Norsemen to make long journeys across the North Atlantic. These vessels are now looked back upon as revolutionary in design and a technological miracle.

To begin the ship-building process, the Vikings would drive wedges into freshly-cut trees until the wood split along the grain. Up to 20 great oaks might be cut down for a ship. The wood was shaped and arranged so that the planks fit together perfectly in a clinker construction, overlapping like a fan. In clinker shipbuilding, the outside is started first, and then the frame is put inside it, according to the living history site Regia Anglorum. The ship was coated with a watertight mixture of tar-soaked animal hair, wool or moss and stabilized with iron rivets. The end result was an incredibly fast and flexible longship that nothing could catch.

The men rowed with a series of oars, supplemented with a large sail most likely made of wool. Rather than a rudder, the longships had a steerboard fastened to the right-hand side of the ship at the stern, according to Royal Museums Greenwich.

By the middle of the 9th century, the raids really picked up as word spread across the Norse region of Europe's removable wealth. Norse villages and communities came together to build ships with the intention of improving their lives through the business of raiding. In 842, Vikings ruthlessly attacked Nantes on the French coast, and because of their ability to maneuver up rivers, they went on to raid towns as far inland as Paris, Limoges, Orleans, Tours and Nimes, according to History.com.

The Vikings paid as much attention to art as to craft. The longships were usually adorned with carved dragon heads at the bow, which were believed to keep evil spirits away. The dragon head coupled with a large square, red-striped sail would come to be known as the signature of the Vikings. The sight would strike fear into the hearts of Europeans for three centuries” (LiveScience). 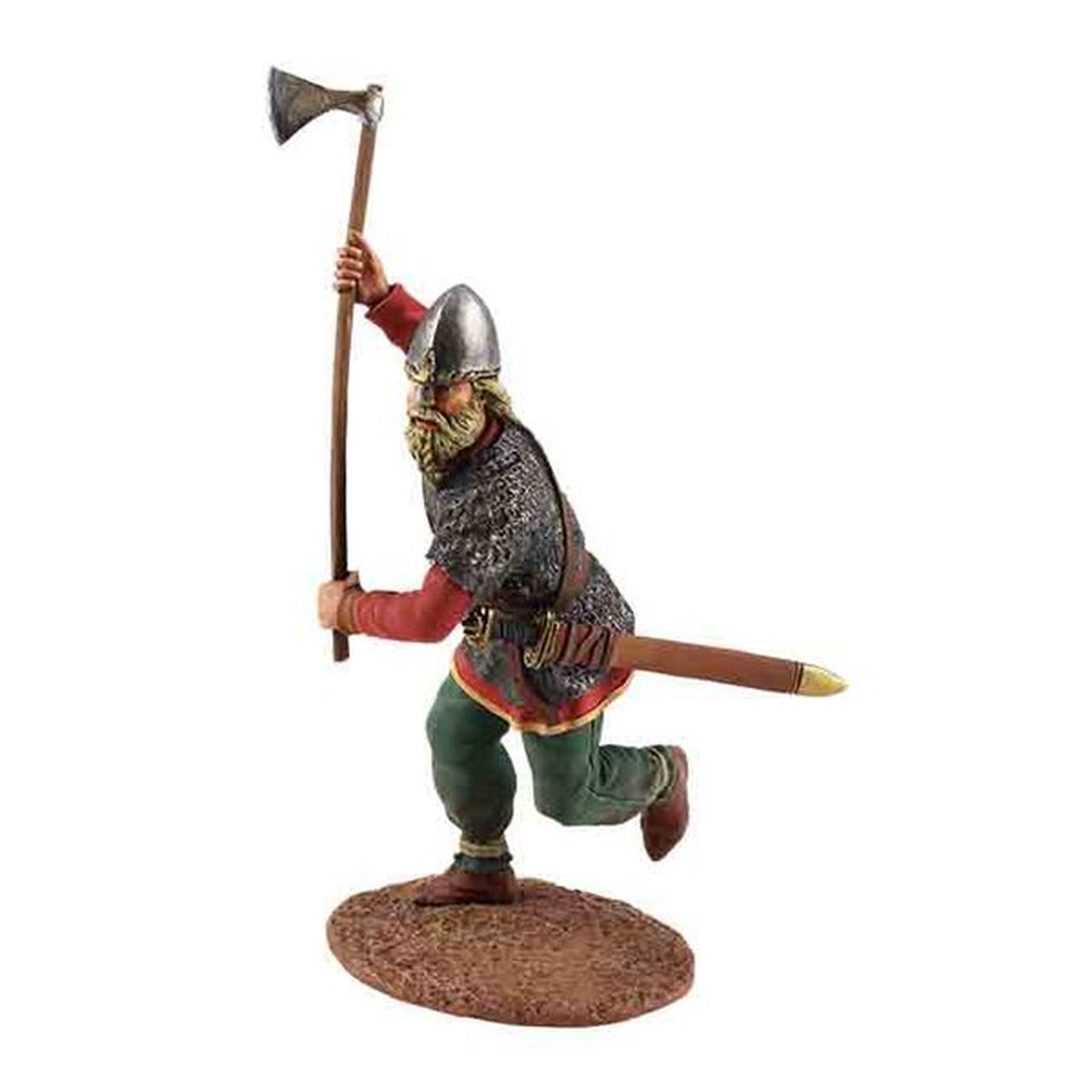 What Did the Vikings Look Like? National Museum of Denmark. https://en.natmus.dk/historical-knowledge/denmark/prehistoric-period-until-1050-ad/the-viking-age/the-people/appearance/