The Trains & Toy Soldiers proudly presents the model railroad collection of the American Flyer. Its collection holds divine promises to make any collector happy and will thrill anyone who enjoys toy trains with exceptional real-life experience.

Why the American Flyer?

The American Flyer’s S-Gauge trains produced in the 50s turned out to be a real success appreciated by toy trains lovers, worldwide. Noteworthy is the fact that the American Flyer, a member of the A.C. Gilbert Company, lived and unrolled its pursuit 50 years before the releasing of S Gauge trains. The company built the first clockwork train in 1905 which functioned on an O Gauge track with the assistance of the toymaker William Fredrick Hafner.

One Hafner’s friend succeeded in purchasing the Edmonds-Metzel Hardware Company that began the production of toy trains. The duo of Montgomery Ward and G. Sommers & Co started selling toy trains. Edmonds-Metzel, in 1908 began using the name of the American Flyer for its trains, but the company was vanished in 1910 only to reemerge with the name of American Flyer Manufacturing Company. It is this event that led to the creation of one of the well known and widely appreciated model railroad makers. The company is also called the Chicago Flyer; it commenced the production of toy trains considered cheaper than the Ives who was the leading seller in the line of toy trains market. 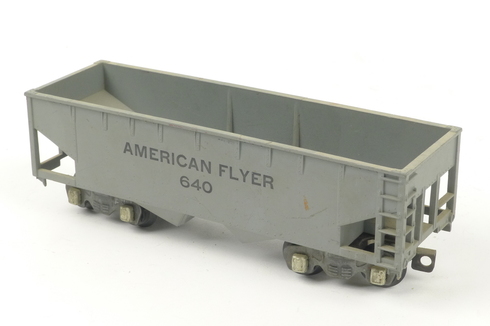 As soon as the products were on the market, it got immediate clients acceptance leading to expansion, overnight. The development became an albatross, instead of a blessing, causing crises between HAFNER AND Coleman, the two founders of the company.

The feud between the co-founders made Hafner leave the company to start his toy trains-making business with a trade name Overland Flyer, just like the American Flyer trains. However, the Hafner venture didn’t last long; he sold it in 1951. While Hafner sold its company, the American Flyer, during World War I, continues to progress and overtook the German toy train makers who at the time was controlling the market. The first model of the electric train, an O Gauge model, which had a wind-up system in place of the old clockwork motor, was produced by the American Flyer. The affordable wide gauge electric trains were provided by the American Flyer in 1925 to compete against Lionel Corporation who at the time had a good show in the market. It was a booming market for the American Flyer in the 1920s, but the celebration was cut short by the great depression which significantly reduced its market control, and the company was forced to produce a more economical model, the O gauge trains.

Following the bankruptcy of Ives in 1938, the American Flyer and Lionel joined their forces to keep the company afloat, and the American Flyer began manufacturing car bodies and other toy parts. However, Lionel bought the American Flyer’s share in 1930 while it was struggling to make an impact in the market in the same period. The company wasn’t finding things easy at the time of failure to produce toys that could go for less than $4 as its competitors were able to do. However, the company eventually had a breakthrough with toy trains under the price tag, but despite an increase in sales, it failed to make a profit.

It is noteworthy that owning an American Flyer toy train, earned you a historic toy piece connected to model railroading. Thus, in a century ago, to collect such priced items offer respectability which was well known and so much appreciated.